Microsoft's first-party studio The Initiative is getting help from Crystal Dynamics on its new Perfect Dark game. 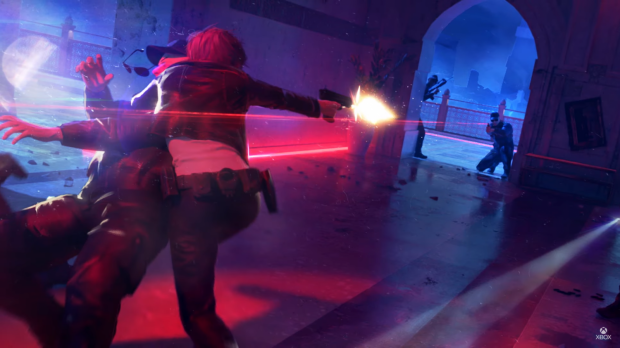 Tomb Raider and Marvel's Avengers developer Crystal Dynamics is co-developing Microsoft's new Perfect Dark FPS, which is slated to releases as an Xbox Series X exclusive in the coming years.

"Perfect Dark update! We are partnering with Crystal Dynamics, the world class team behind character-driven games such as Tomb Raider, to bring this first-person spy thriller to a new generation," The Initiative said on Twitter.

"We couldn't be more excited to join forces with The Initiative to bring Perfect Dark to a new generation of gamers! We thrive on reimagining epic heroes and can't wait to realize this first-person spy thriller together," Crystal Dynamics said on Twitter.

This particularly project will be highly ambitious with acrobatic movements, gadgets, and a deeper and more thought-provoking thriller storyline.

"One of the things we thought about was how do to differentiate what we call spy fighting versus what we'd see in a traditional first-person shooter. Sliding under things, jumping over things, we really wanted to play up the physicality in the world...trying to get that excitement in moving in places and ways that you and I don't," Perfect Dark design director Drew Murray said during a 2020 reveal.