The United Nations has cranked its fear-mongering blaster that has been fixated on the planet for a while now, to 11, with United Nations Secretary-General Antonio Guterres warning the world and the nations that attended the 76th General Assembly session -- with Bill Gates even attending -- that all 193 member states need to do what Neo was asked to do by Trinity in The Matrix and "wake up" as solidarity is the only way out of this. Right. 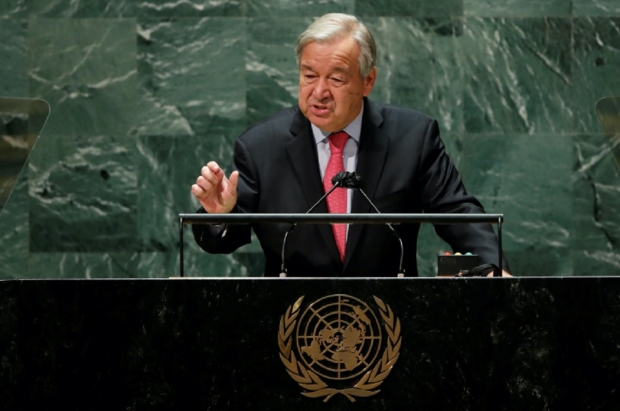 Guterres said: "We are on the edge of an abyss. We face the greatest cascade of crises in our lifetimes".

He added: "Human rights are under fire. Science is under assault. And economic lifelines for the most vulnerable are coming too little and too late -if they come at all. A surplus in some countries. Empty shelves in others. This is a moral indictment of the state of our world. It is an obscenity. We passed the science test. But we are getting an F in Ethics".

The world seemed to be not on fire before, but COVID-19 and the ongoing pandemic has pushed countries to enjoy their control of the human race too much. Guterres said that the pandemic has increase inequalities, climate change is destroying us (as it has been fear mongered on us for decades now), the issues in Afghanistan, Ethiopia, and Yemen are big issues for the UN, too.

Guterres continued: "As we saw recently, not even this city - the financial capital of the world - is immune. We are weeks away from the UN Climate Conference in Glasgow, but seemingly light years away from reaching our targets. The people we serve and represent may lose faith not only in their governments and institutions - but in the values that have animated the work of the United Nations for over 75 years".