Jeff Bezos, the founder of Blue Origin, has said congratulations to SpaceX CEO Elon Musk via his Twitter account, saying that the success of the Inspiration4 mission is another step towards space tourism becoming accessible to all humans. The sentiments from Bezos come after Blue Origin moved to sue NASA over its decision to award SpaceX with a $2.9 billion contract for the construction and development of a new lunar lander as a part of its Artemis program that will put US astronauts back on the moon.

As for the recent Inspiration4 launch by SpaceX, the space transportation company took four ordinary people to lower-Earth orbit, where they will remain for three days. The mission didn't include any professional astronauts, and the bathroom aboard the Crew Dragon capsule probably has the best view anyone can see while relieving themselves. 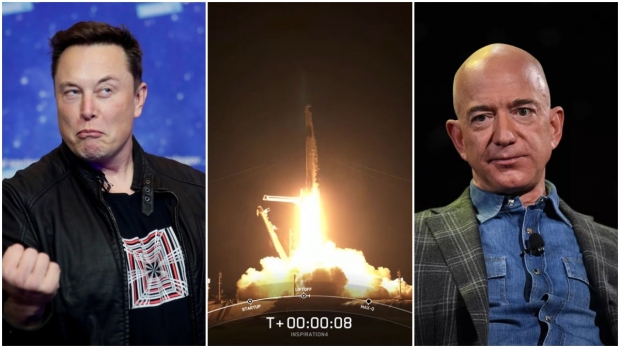