SpaceX has recently sent four ordinary civilians off into lower-Earth orbit without any professional astronauts on board. 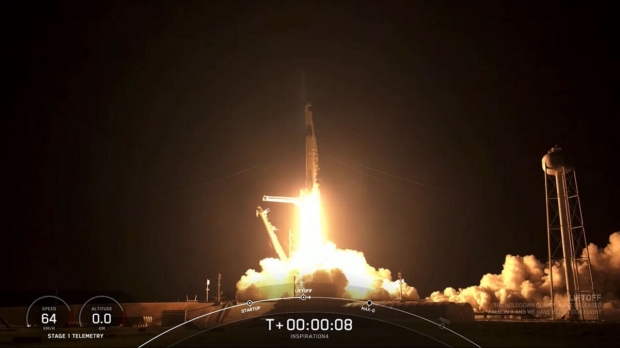 SpaceX has just solidified itself, once again, in the private space industry history books as the first company to launch a spacecraft into lower-Earth orbit that only has civilian passengers on aboard. On Wednesday night, the space transportation company launched its Falcon 9 rocket with a modified Crew Dragon capsule on board, carrying four private citizens; Jared Isaacman, Hayley Arceneaux, Chris Sembroski, and Dr. Sian Proctor.

The launch was a success, and Dragon is currently located in lower-Earth orbit and will remain there for three days. The launch mission titled "Inspiration4" was entirely paid for by billionaire Jared Isaacman who is promoting the flight for St. Jude Children's Research Hospital for cancer research. Isaacman also donated $100 million to the charity before the launch. For more information on this story, check out this link here.