Astronomers have detailed that an asteroid that is "dog-boned" shaped is challenging human understanding of our solar system. 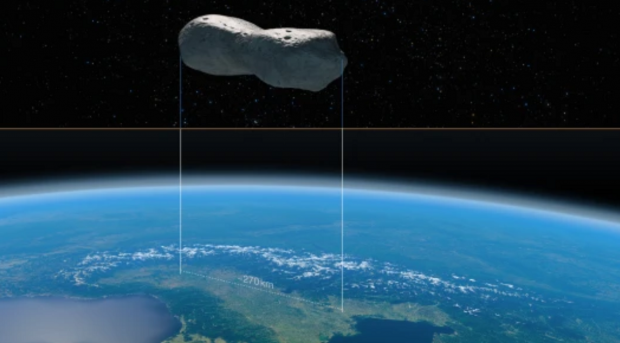 Astronomers recently used the European Space Agency's Very Large Telescope to take what is now considered as the best images of the dog-boned shaped asteroid named Kleopatra. Franck Marchis, a senior planetary astronomer at the SETI Institute in California and the lead author of a new study on Kleopatra, has said that asteroids aren't just boring, useless pieces of rock floating around in space but are actually "complex mini-geological worlds."

Marchis goes on to say that "Kleopatra and other weird asteroids are natural laboratories to challenge our knowledge of the solar system and make us think outside the box." The strange-looking asteroid was first discovered back in 1880, but its weird shape was only discovered back in 2011 with the use of ground-based telescopes. Researchers estimate that Kleopatra measures is around 160 miles from one end to the other, and weighs a ridiculous 3,300 trillion tons.