Nearly half a million gallons of water used in 60 seconds seems quite ridiculous, but what if it were possible that it was necessary?

During a rocket launch, NASA will use nearly half a million gallons of water for more reasons than just cooling down surfaces that are heated by the launch. As Interesting Engineering explains in the above video, NASA was posed with the problem of sound waves caused by the launch being initiated damaging the technology onboard.

As a relatively cost-effective solution, the space agency uses water as a medium for the sound wave vibrations to travel through, reducing the overall decibels of the launch. NASA's water system is capable of releasing 450,000 gallons of water in just 60 seconds, which is enough water to supply 1,000 homes for six days. For more information on this story, check out this link here.

In other space news, check out this meteor that is headed towards Earth here. 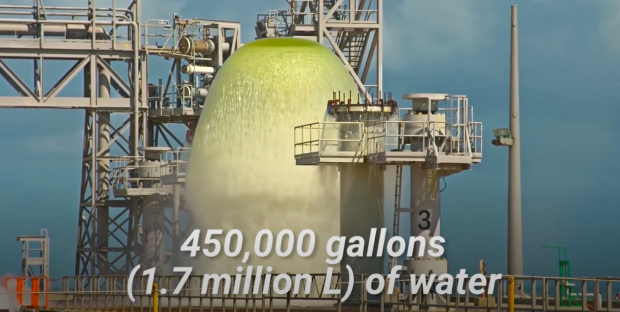