A team of researchers has achieved what is being described as a "breakthrough" in quantum computing. 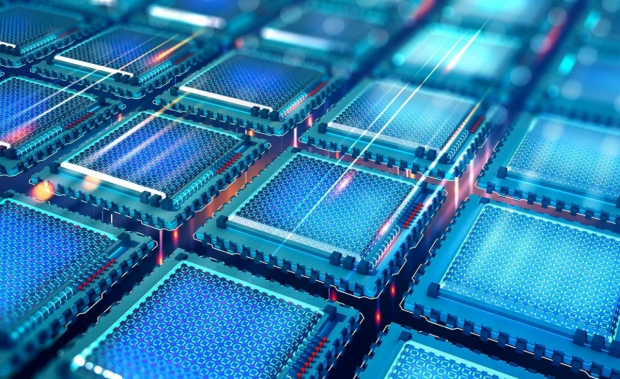 The achievement comes from a team of researchers at the RIKEN Center for Emergent Matter Science, who have been able to entangle a three-qubit array in silicon with high accuracy of predicting the state the qubit is in. For those that don't know, instead of using bits to make calculations and perform tasks like a typical computer does, quantum computers use quantum bits, or qubits.

The device the researchers created used three very small blobs of silicon called quantum dots, and each of these dots can hold one electron. The direction of the spin of the electron encodes the qubit. With that in mind, it should be noted that a "Two-qubit operation is good enough to perform fundamental logical calculations. But a three-qubit system is the minimum unit for scaling up and implementing error correction", explains Tarucha. 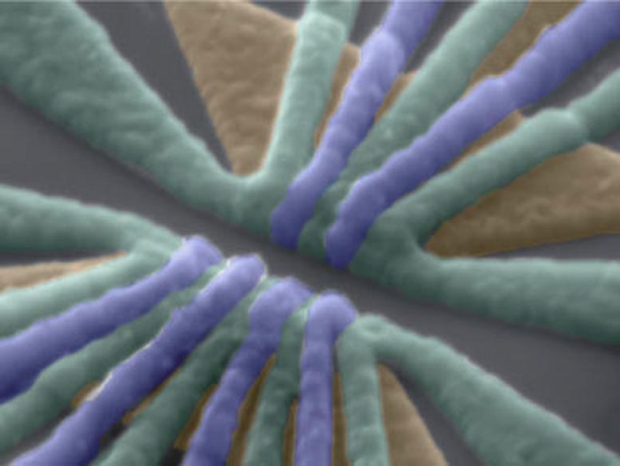 False-colored scanning electron micrograph of the device. The purple and green structures represent the aluminum gates, per scitechdaily.com.

After successfully entangling two qubits, the team of researchers introduced the third qubit and was able to predict its state with a high fidelity of 88%. Tarucha added, "We plan to demonstrate primitive error correction using the three-qubit device and to fabricate devices with ten or more qubits. We then plan to develop 50 to 100 qubits and implement more sophisticated error-correction protocols, paving the way to a large-scale quantum computer within a decade."