The new Saints Row is here, but it's not exactly what you expected. 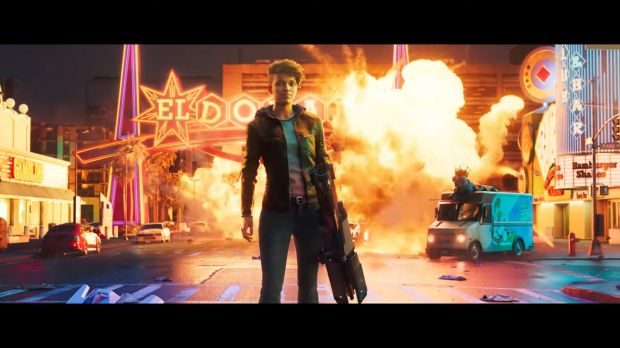 Volition today revealed its new Saints Row reboot at Gamescom, but it's entirely new game set in a new city with totally new characters. There's no iconic banter between Johnny Gat and Shaundi, for instance. Instead, your crew is Neenah, Eli and Kevin set in an origin story of the Saints gang. The game takes place in Santo Ileso, a colorful and chaotic modernized Wild West overrun by lawlessness and gang warfare.

Characters aside, the devs are going all out with the reboot. Santo Ileso is the largest and most dynamic playground ever featured in a Saints Row game. There's tons of unique weaponry (does that distinct purple "bat" make a comeback?) and players will enjoy features like seamless co-op with a crazy amount of customization for their own specific boss.

Welcome to Santo Ileso, a vibrant fictional city in the heart of the American SouthWest. In a world rife with crime, where lawless factions fight for power, a group of young friends embark on their own criminal venture, as they rise to the top in their bid to become Self Made.

Experience the biggest and best Saints Row playground ever created; the unique sprawling world of Santo Ileso is the backdrop for a wild, larger than life sandbox of thrilling side hustles, criminal ventures and blockbuster missions, as you shoot, drive, and wingsuit your way to the top.