Intel has been awarded a $100 million contract to see a boost in bleeding-edge semiconductor manufacturing happening on US soil. 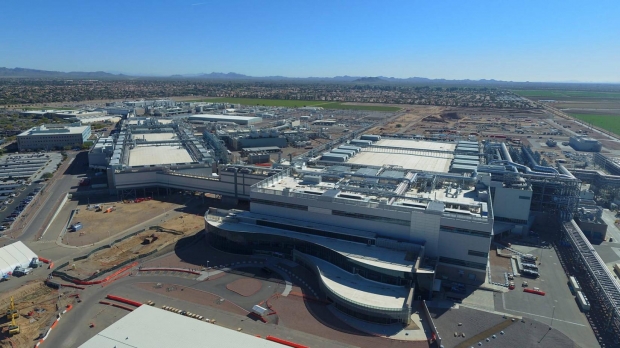 The Intel Foundry Services division will enjoy the $100 million injection of funding from the Department of Defense and its new Rapid Assured Microelectronics Prototypes - Commercial (RAMP-C) program to push semiconductor manufacturing in the US.

I think it's obvious what we're seeing unfold in front of our eyes: President Trump was the one pushing for US-based chip manufacturing (and bringing in as much business that was off-shored during previous administrations, and back into the USA). Once Biden was in office, some of those deals would continue like what we're seeing here -- a push for semiconductor manufacturing on US soil.

This is National Security level important. Could you imagine Silicon Valley with no semiconductor manufacturing abilities? No new phones. No new graphics cards and CPUs. No more consoles. No more anything high-end tech really, all without TSMC. In Taiwan. Where China is threatening to bomb Japan with nuclear bombs continuously if it defends the country in what could be an all-out war soon.

The US can't be without chips, so you're seeing what feels like a gradual -- but pushed when the name itself is RAMP-C (RAPID Assured Microelectronics Prototypes - Commercial). The US needs to better fight Asian countries like Taiwan and South Korea, where a majority of the chips are made.

In a post on the official Intel website, the company explains why this is so important, emphasis is mine: "The U.S. Department of Defense (DOD) has recently sought to diversify its approach to securing advanced microprocessors by leveraging commercially available technologies developed by U.S. companies. Other than Intel, the majority of U.S.-based chip designers are fabless, which means they design and sell integrated circuits that are fabricated by contract manufacturers called foundries".

"Today, more than 80 percent of leading-edge manufacturing capacity is concentrated in Asia, leaving the DOD with limited onshore access to foundry technology capable of meeting the country's long-term needs for secure microelectronics. The RAMP-C program was created to facilitate the use of a commercially viable onshore foundry ecosystem that will ensure DOD access to leading-edge technology, while allowing the defense industrial base to leverage the benefits of high-volume semiconductor manufacturing and design infrastructure of commercial partners like Intel".