Call of Duty Vanguard will take up an insane 270GB on Xbox consoles with everything installed. Eventually Activision will just start shipping the game on SSDs (joking but also not joking). 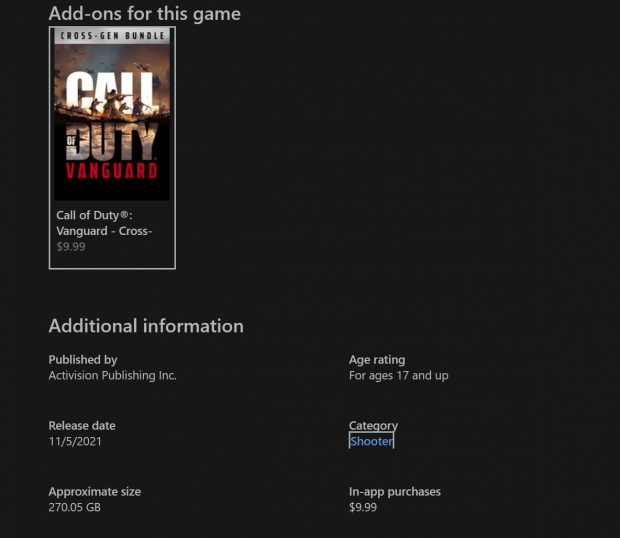 A new Microsoft Store listing confirms the new Call of Duty Vanguard requires an eye-opening 270GB of install space for the entire experience--campaign, multiplayer, zombies, and Warzone. We don't know how much the game will take up on PS4 or PS5 because for some strange reason Sony has removed all size requirements in PS Store listings (Battle.net also doesn't confirm install sizes).

Here's how that stacks up with console HDD and SSD space:

Bear in mind this is all of the game modes combined into one package. Separated from Warzone, Call of Duty Vanguard will be 75GB on Xbox One, and 95GB on Xbox Series X. This 20GB difference is likely because of the huge 4K textures.