MSI has teamed with EK on the new EK-Quantum MSI MPG X570S CARBON EK X motherboard, which not only rocks AMD's new X570S chipset -- but a pre-installed monoblock made by EK. Check it out: 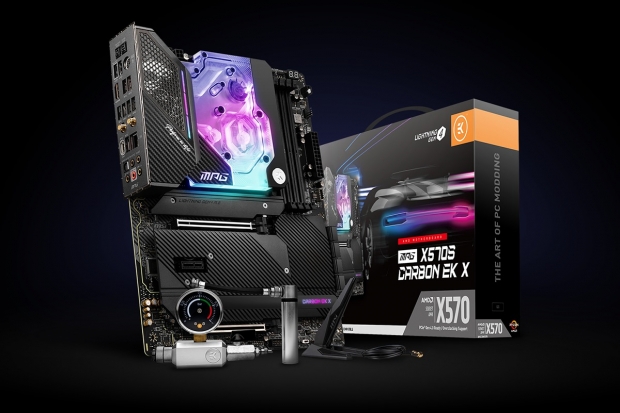 The new EK-Quantum MSI MPG X570S CARBON EK X rocks a beautiful pre-installed monoblock, cooling any Ryzen CPU right up to the flagship Ryzen 9 5950X processor, as well as the VRM section of the motherboard. Important for when you want to crank up the overclocking on your Ryzen CPU.

The cooler solution on the motherboard has been tailor-made for EK-Quantum MSI MPG X570S CARBON only, with an included EK-Leak Tester that sells for $40, is included with the motherboard. The base of the monoblock is made from nickel-plated electrolytic copper -- meanwhile, the top is made from quality CNC-machined cast acrylic glass material, and partially covered by a carbon fiber style pattern. It looks so nice. 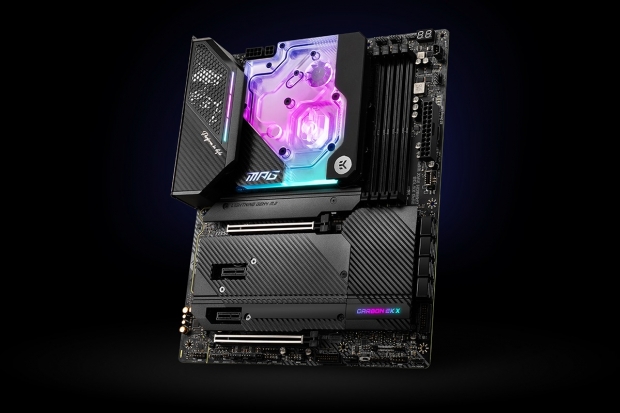 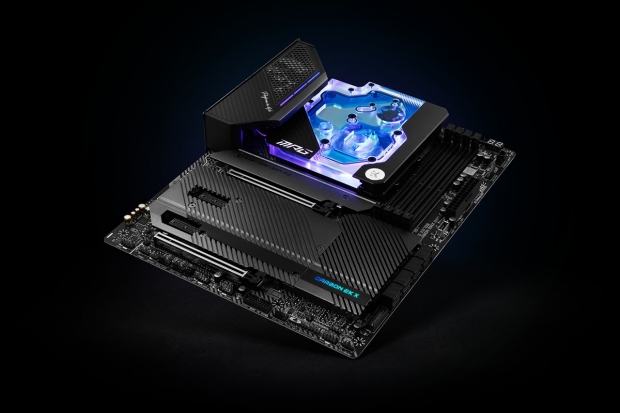