Researchers have uncovered an ancient tomb in Pompeii, revealing what is now considered the best-preserved human remains from the tragic disaster. 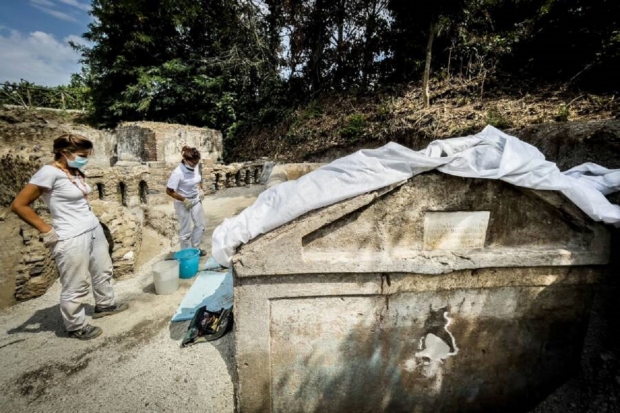 In 79 A.D, the Roman city of Pompeii was covered in volcanic ash, and the air was polluted with toxic gas as the neighboring volcano Mount Vesuvius erupted. The entire city was buried under ash from the eruption, preserving many parts of it for thousands of years. Now, archaeologists have turned it into a large archaeological site. According to reports, one recently conducted dig uncovered human remains from inside a tomb within the Porta Sarno necropolis.

The preserved human was a man named Marcus Venerius Secundio, and his skeleton was clearly in remarkable shape as the skull still has some strands of white hair as well as an intact ear. The location of where the tomb was found holds significance as it was in what was once considered a prestigious part of the city, the main eastern entrance.

Llorenc Alapont, the Valencia university archaeologist who helped excavate the site, said, "The tomb at the Sarno gate is really an extraordinary discovery because of all the information it can give us, a unique burial for that era in Pompeii. And it may in some ways also change our knowledge on the rules of death rites in the Roman world."