In a new study, researchers have reported findings on a massive lair that contains bones from at least fourteen different kinds of animals and humans. 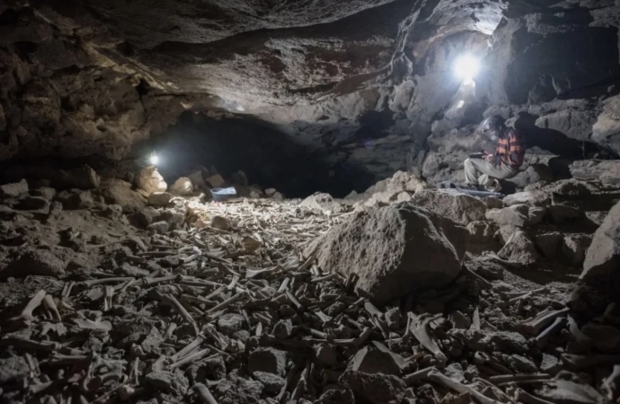 The cave is located in a volcanic field in Saudi Arabia called Harrat Khaybar. The cave is called Umm Jirsan, and according to researchers, it is more accurately referred to as a lava tube rather than a cave. According to zooarchaeologist Mathew Stewart from the Max Planck Institute for Chemical Ecology in Germany, "This 1.5 km long lava tube is chock-a-block with hundreds of thousands of beautifully preserved animal remains".

What brought all of these bones here? Researchers believe that the cave was home to a pack of striped hyenas, as the remains of striped hyenas were also found in the cave. Additionally, the researchers explained that striped hyenas are avid collectors of bones, and it's not unusual to find a horde of bones in a hyena den. However, this lava tube discovery is different as the horde has been accumulated over the last 7,000 years. 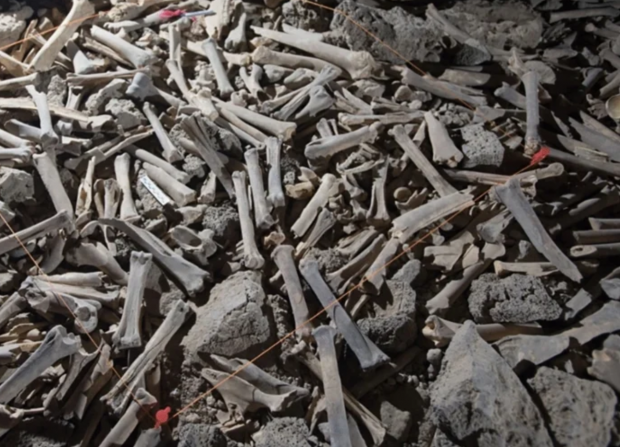 Stewart said, "These critters are avid collectors of bones, which they transport to dens to be consumed, fed to young, or cached." Adding, "The material at Umm Jirsan has accumulated over the last 7,000 years, attesting to the excellent conditions for preservation of bone within the lava tube."

The researchers wrote in the study, "Taken together, the large size of the assemblage, the overabundance and intensive processing of ungulate limb bones, abundant hyena coprolites, and presence of juvenile hyena and human cranial remains suggest that Umm Jirsan served primarily as a striped hyena den, and, on occasion, as a maternal den."