Hellblade Senua's Sacrifice gets a free next-gen patch that pushes the Xbox Series S and X consoles to their limits. 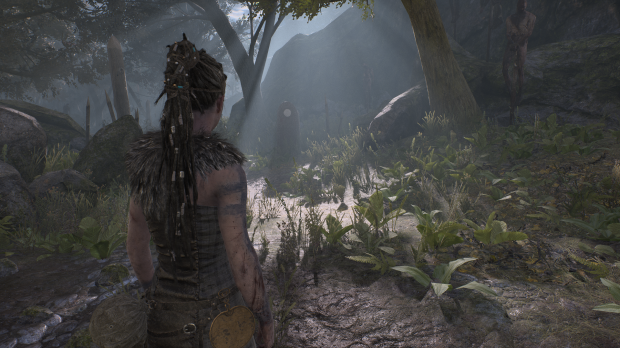 Ninja Theory just released a hugely ambitious new patch for Hellblade that supercharges performance and visuals. The game now has three modes, including a 4K 30FPS mode with ray DirectX 12 raytracing turned on and even an 120FPS option.

The modes use a combination of dynamic resolution scaling in order to achieve 60FPS and 120FPS gameplay, as well as 4K 30FPS RT. The optimizations add in higher texture resolution, increased light particle quality and environmental draw distances, and overall boosted levels of detail (LOD). 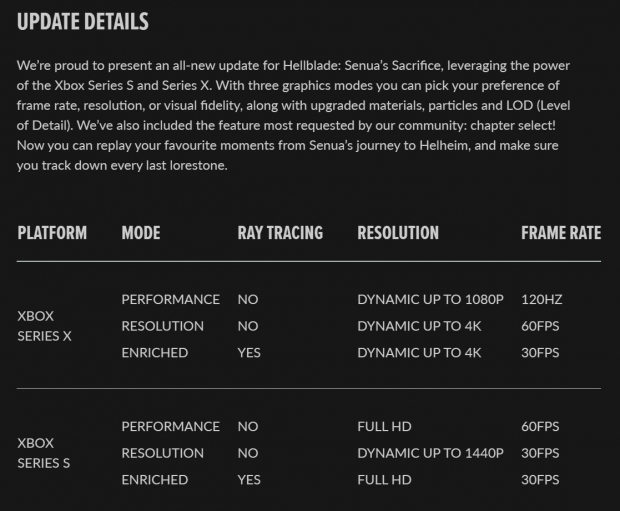 The update was developed by QLOC, the same devs who helped bring Hellblade to the Switch, and the main dev team is busy creating Senua's Saga using Unreal Engine 5's next-generation technology.