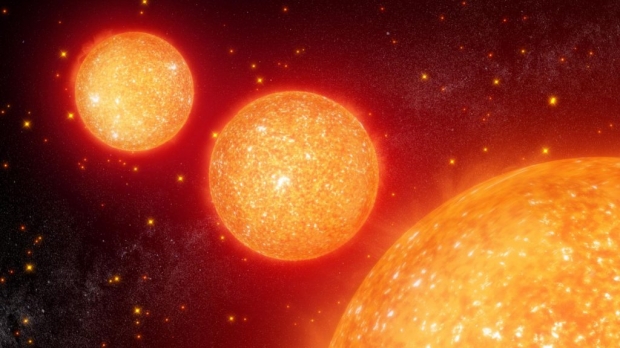 Astronomers from the University of Hawaii's Institute for Astronomy have used observations from NASA's Transiting Exoplanet Survey Satellite (TESS) to detect what is called stellar oscillations or material from inside stars. NASA designed TESS to primarily hunt for exoplanets out in the cosmos, but due to the nature of TESS's sensitive instruments that detect and measure stellar brightness, researchers can also use the satellite to discover stars.

Not only can astronomers find new stars, but they can also measure their mass and size with high precision. Marc Hon, a NASA Hubble Fellow at IfA, said, "Our initial result, using only a month of stellar measurements from TESS's first two years, shows that we can determine the masses and sizes of these oscillating giants with high precision that will only improve as TESS goes on. What's really unparalleled is that TESS's broad coverage allows us to make these measurements uniformly across almost the entire sky."

The team of astronomers used the European Space Agency's Gaia mission to figure out the masses of 158,505 pulsating red giants. Daniel Huber, a co-author of the study that was accepted for publication in the Astrophysical Journal, said, "Our map demonstrates for the first time that this is indeed the case across nearly the whole sky. With the help of Gaia, TESS has now given us tickets to a red giant concert in the sky."