Back in 2007, game dev studio Factor 5 was working on a Superman game for PlayStation 3. The economic recession killed the game, but a lead designer on the project gives us a look at early prototypes and what could've been.

The cancelled Superman game was codenamed Blue Steel, and was a huge nostalgic throwback to the early days of Superman. It took place in the 1940s with a Metropolis filled with art deco and Packards and Chryslers all over the streets.

Blue Steel was a third-person action game where you ran (or flew) around GTA-style and beat up bad guys. There was also Superman 64-style flying mechanics (though Blue Steel looks infinitely better than that horrible childhood catastrophe) complete with a staggering level of verticality. Kal-el could of course soar, float, and even grab enemies and smash them through destructible buildings. It also looks like General Zod would've been a playable character.

"The goal was to present super brawls as they were seen in the cartoons and comics. JLU was our main touchstone," the designer said on Twitter.

"Aerial brawling, large urban environments, crashing through buildings, fast target engagement, knocking your foe into the next block, shockwaves from hits, impact grooves in the streets or building sides...all of it."

Blue Steel also wasn't an open world game. Each segment would take place in a slice of Metropolis with a set boundary, not unlike Yakuza. 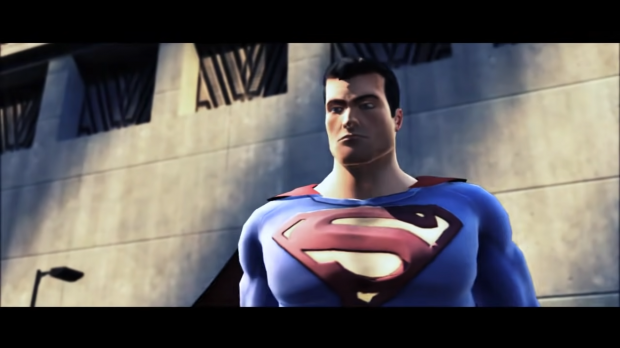