The new Dead Space remake won't have any loading screens or microtransactions, the developers at EA Motive confirm. 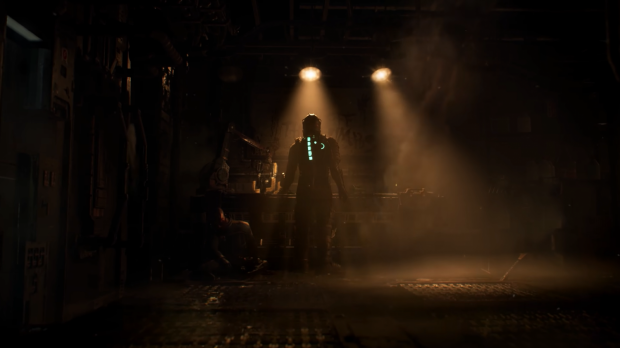 EA Motive is exhuming Dead Space's grave, but instead of resurrecting a zombified corpse, the team is creating a whole new monster. The devs are building the Dead Space remake from the ground up on DICE's new next-gen Frostbite engine, which allows high-end optimizations like ray-traced reflections, 3D spatial audio, and eliminating loading zones via super-fast SSDs.

Motive Studios plans to leverage the engine and hardware to create the ultimate immersive horror experience. The end goal is to create a game you can't pull away and complete it in one sitting. This is a big departure for Electronic Arts, a company that makes billions every year on never-ending monetized online games, and clearly underlines the publisher's shift towards singleplayer games.

In a recent interview with IGN, EA Motive developers confirm Dead Space will support RT while cutting out loading times and in-game microtransactions on PlayStation 5 and Xbox Series X/S consoles.

"Then with the really fast SSDs technology we have there's some really interesting things we can do to create a more immersive Ishimura," said Dead Space creative director Roman Campos-Oriola

"Clearly, next-generation consoles will enable us to have ray-traced reflections, volumetric effects, or even fluid simulation for these effects. [There's also] 3D audio with understanding where the sound comes from, having the right propagation in the corridors, making it come from the vents above you and behind you--these are all things that we'll able able to expand on in the level of immersion.

"We want to ensure the Ishimura is alive, it's dying, but it's still alive and it has a voice, and throughout your journey you hear it progress. That's the type of evolution we want to make sure the players notice when they play," said senior producer Phil Ducharme

"We want to make that immersion deeper with a fully interactive experience from the start screen to the end credits. We don't want anything to pull you out of the experience," Campos-Oriola said.

Dead Space's monetization was added during an experimental stage for EA where the publisher was trying to monetize everything it could. Luckily, the Dead Space remake won't have mTX:

"We're also learning from mistakes like microtransactions, which we will not have in our game," Ducharme says.

Dead Space is coming exclusively to next-gen consoles and PC, but there's no release date yet.