Beyond Good and Evil 2 hasn't been cancelled, but it still needs more time to bake in the oven. 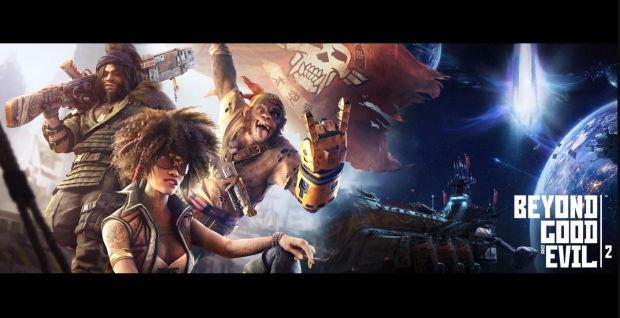 Ubisoft has a lot on its plate right now. The French games-maker is investing hundreds of millions into premium games like the new Assassin's Creed Infinity, while also developing new IPs with engagement in mind. The publisher is forging ahead with its digital-first strategy while simultaneously trying to break into the free-to-play space with games like HyperScape, The Division Heartlands, xDefiant, and Roller Champions.

Meanwhile, projects like Skull and Bones and Beyond Good and Evil 2 have slipped by the wayside. The former just passed alpha 8 years after being announced, and Ubisoft hasn't mentioned the ambitious online space sim since 2018 when Ubisoft called it their biggest game yet.

BG&E2 was originally in development at Ubisoft Montpellier, but the studio doesn't show signs of a big ramp up for the online game. There's no massive hiring spree and it's possible another studio has been tasked with the game's development. Also remember Ubisoft is a massively collaborative company so many cross-studio developers simultaneously work on the same projects.

Ubisoft CFO Frederick Duguet briefly mentioned the game in the Q1 call. When asked if the game would release in FY24, Duguet said:

"We look forward to sharing more but it's too early to tell you more at this stage."