Microsoft's new DirectStorage API was previously touted as exclusive to Windows 11, but not anymore -- Microsoft has announced that the DirectStorage preview will be compatible with Windows 10 version 1909 and above. 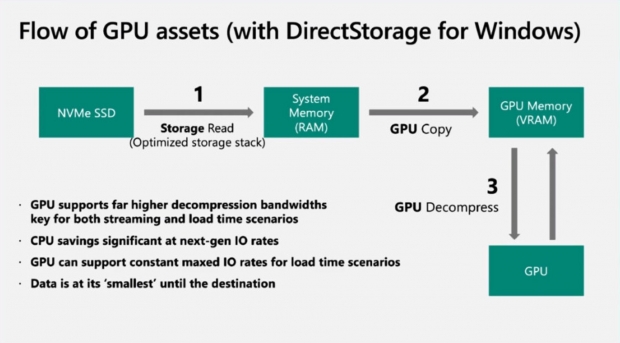 The new DirectStorage API debuted with Microsoft's next-gen Xbox Series X/S consoles, with the company promising it would debut in developer preview form on the PC in the summer. At the time, it was thought DirectStorage would be a Windows 11 exclusive, but nope.

Program Manager Hassan Uraizee explains: "Microsoft is committed to ensuring that when game developers adopt a new API, they can reach as many gamers as possible. As such, games built against the DirectStorage SDK will be compatible with Windows 10, version 1909 and up; the same as the DirectX 12 Agility SDK".

As for what to expect out of DirectStorage, here's the features you will enjoy: