An individual has filmed a woman duct-taped to a an American Airlines plane seat after reportedly having a mental breakdown mid-flight.

TikTok user @lol.ariee was aboard American Airlines Flight 1774 that was heading to Charlotte, North Carolina, from Dallas-Fort Worth, Texas, when a woman on-board flight began to cause a commotion. @lol.ariee explained in a follow-up video that all flight attendants were running up and down the aisles but weren't telling anyone what the problem was. The pilot of the plane then informed everyone that there was "a bad situation on the plane".

@lol.ariee continued and said that a flight attendant eventually told passengers that a woman was experiencing a mental breakdown and "had an outburst". This "outburst" was an attempt to get off the plane as she was saying, "She was saying, 'I need to get off this plane,' and she went up to the exits and started banging on the doors, saying, 'You need to let me off this plane!'" @lol.ariee said.

Flight attendants attempted to stop the woman, and she was reportedly kicking, biting, and spitting. This reportedly caused the crew to duct-tape her and her mouth to a seat. The video also shows a police officer and a medical professional meeting the passengers as they arrive at the airport. For more information on this story, check out this link here. 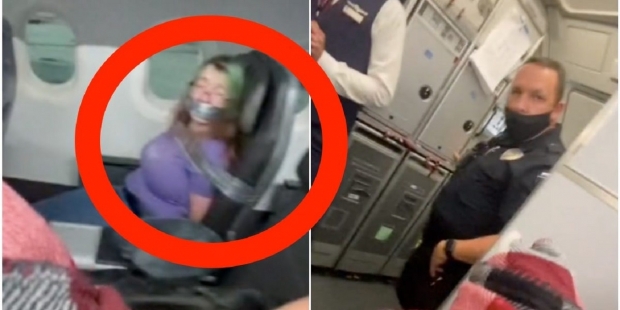 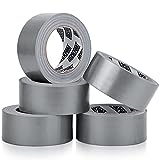