Researchers have used DNA analysis on an old skeleton that was found in a grave in Connecticut back in 1990. 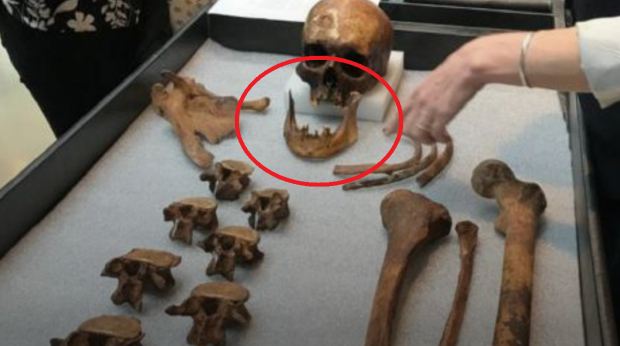 Since 1990, there was very little known about the skeleton, but researchers believed that the individual died sometime in the 1800s. When the skeleton was uncovered, the researchers found that the family that buried the individual rearranged the skeleton so the skull was above the rib cage and the rest of the bones were crossed over. GentSide reports that the reason the family orientated the bones like this was to prevent the deceased from leaving the grave.

The coffin had "JB 55" inscribed on it, which was later found out to be the name of the individual and his age when he died. DNA testing found for the first time in 200 years the identity of the individual - John Barber. Additionally, a diary from 1826 mentioned the death of a boy named Nathan Barber, whose grave was found to have the same type of initials inscribed on it "NB 13".

Researchers say that John Barber was a farmer and not a vampire. However, due to the time of his death and the lack of medical knowledge that people had during this time, many people believed that carriers of tuberculosis were vampires as the symptoms were very similar. Barber died of tuberculosis, which explains why he was buried in such a fashion, as the people who buried him believed he contracted vampirism.