All NewsBusiness, Financial & LegalCases, Cooling & PSUContests & GiveawaysCPU, APU & ChipsetsDealsDisplays & ProjectorsGamingMotherboardsScience, Space & RoboticsStorageVideo CardsVirtual & Augmented Reality
All ReviewsAll ArticlesAudio, Sound & SpeakersCases, Cooling & PSUCPUs, Chipsets & SoCsComputer SystemsDisplays & ProjectorsGamingMotherboardsNetworkingPeripheralsStorageVideo Cards
GuidesGamingAsk the ExpertsNewsletterAboutForums
Chia Coin MiningRTX 3090RTX 3080RTX 3070HDMI 2.1Bitcoin MiningBattlefield 6
Peripherals
If you're a frequent reader of TweakTown, then you might remember that we wrote about a pre-announcement from Razer last week. Well, the site has now been updated and the new product is here in the shape of the Lachesis, Razers latest high-end gaming mouse. Lachesis or Lachesis Muta Muta is apparently one of two things according to Razer, 1. The largest pit viper in the world and 2. Latin for bringer of silent death. It's good to see that Razer is sticking with the snake names.

Although the Lachesis doesn't have some of the features of Microsoft's SideWinder mouse or Logitech's G9, such as adjustable weights, swappable feet or handgrips, it's got something that one-ups both of these mice, a 4,000dpi 3G laser sensor. This offers twice as high resolution as the competing mice from Microsoft and Logitech, so if you need an extra sensitive mouse, then you know where to look. 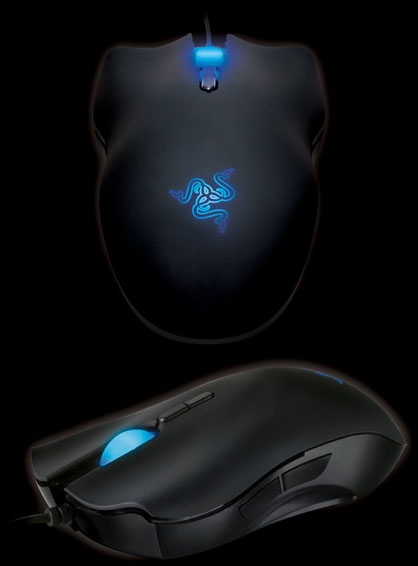 Other features include 32KB of built in memory for storing up to give gaming profiles, nine programmable buttons and an ambidextrous design which should make southpaws happy. It's also got on-the-fly sensitivity adjustment and the resolution can be adjusted in increments of 125dpi. The scroll wheel is available in two colours, Phantom white or Banshee blue, but it doesn't look as cool as the metal scroll wheel used by Microsoft and Logitech.

The Lachesis should be available worldwide come October and it should retail at US$79.99.