Hubble is at it again with another breathtaking image that shows off a great comparison between two different light waves of a spiral galaxy.

As NASA explains, the Hubble Space Telescope has captured two extremely different images of the spiral galaxy M51 called the Whirlpool Galaxy. The image located on the left is an image captured in visible light, or the light that humans would see it in if they were floating around in space looking at the galaxy. The visible-light image shows off the galaxy's long arms and the pink star-forming regions littered with blue strands of star clusters.

The image on the right is shot in infrared light, light that humans are unable to see. The infrared image has stripped all of the starlight away from the image and leaves viewers with what NASA describes as "Whirlpool's skeletal dust structure". If you are interested in reading more about this story, check out this link here. If you would like to check out more images released by Hubble, visit this link here. 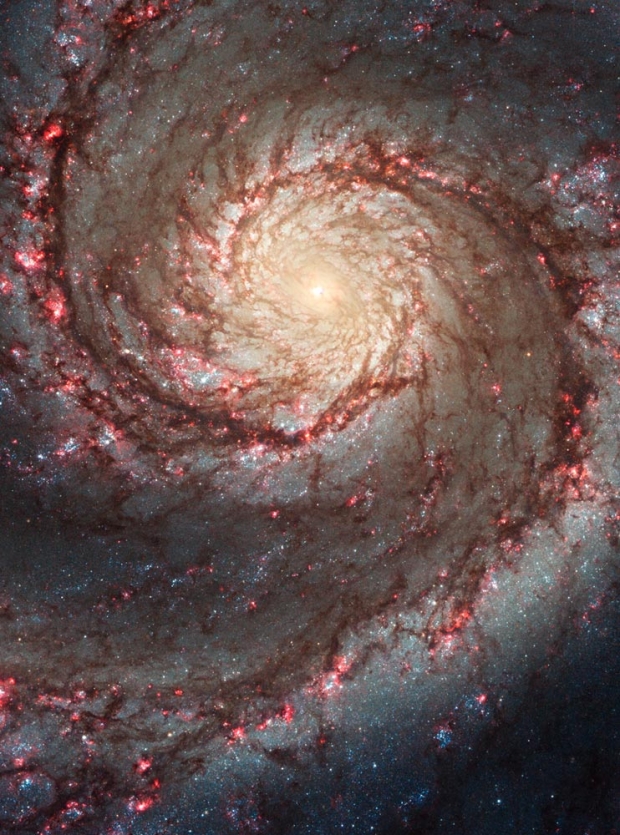 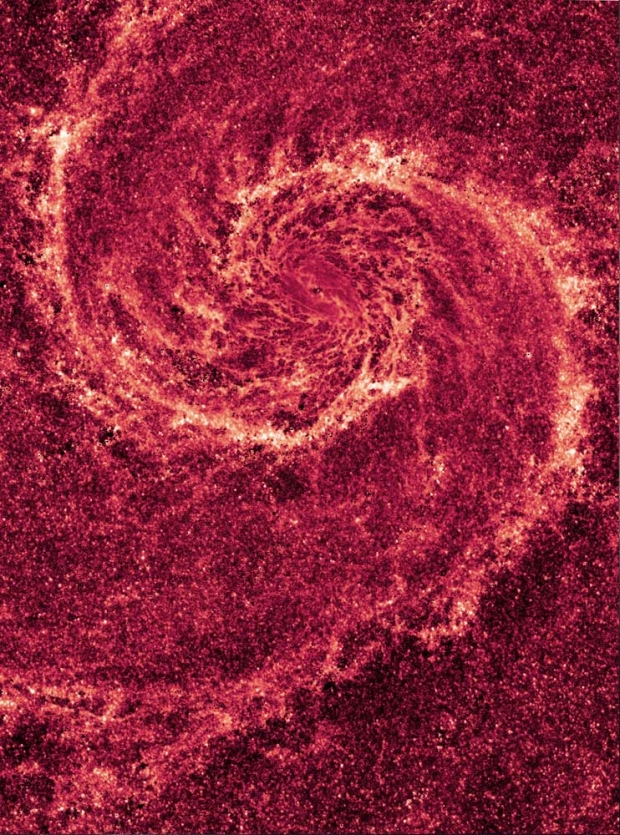