NASA has dropped another incredible image that was snapped with the Hubble Space Telescope, and this time we have an awesome display of the red, white, and blue. 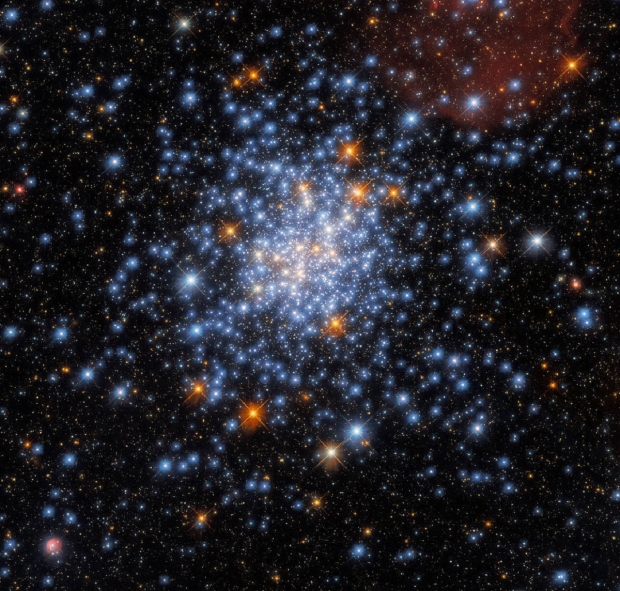 The above image was taken with Hubble's Wide Field Camera 3, and is the open star cluster named NGC 330. This star cluster is around 180,000 light-years away from Earth and is situated in the Small Magellanic Cloud in the constellation Tucana.

As for the stars themselves, they are all roughly the same age, and due to the cluster featuring so many stars, astronomers are using NGC 330 to learn more about how stars form. Astronomers have observed clusters of stars forming differently when compared to stars located anywhere else, a phenomenon that was first discovered using Hubble.

At the moment, Hubble is currently offline after experiencing a glitch that is giving NASA engineers trouble. If you want to know more about why Hubble is down, check out this link here.