BIOSTAR has announced which motherboards in its family of Intel and AMD motherboards supports Microsoft's next-gen Windows 11 operating system.

Windows 11 has full support from BIOSTAR and a particular list of motherboards that support the TPM 2.0 chip required for Windows 11, with TPM being the Trusted Platform Module. You need that to install and run Windows 11, and BIOSTAR is making the world know exactly which boards will work with Microsoft's next-gen OS.

If you're using one of BIOSTAR's motherboards with the above chipsets, you'll be able to go into the BIOS and enable TPM 2.0 or fTPM (on AMD). You can read more about TPM, and installing the new Windows 11 Preview Build in our article on that here. 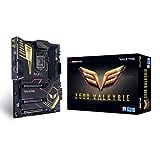