The very first sounds and video footage from China's recently landed Mars rover named Zhurong have been released by the CNSA.

The China National Space Administration (CNSA) has released the first video footage showing the landing of the rover and the opening of its parachute that lowered it safely to the surface of Mars. The landing occurred on May 15, and the Zhurong rover is stationed in the Utopia Planitia. The black and white video features the first sounds recorded, which was an objective of the mission taking place.

The videos also show a wireless camera being used as we can see the Zhurong rover driving away from the camera, making for some quite spectacular footage. According to the CNSA, Zhurong is expected to last for at least 90 days, and so far, it was driven a total of 232 meters collecting information as it goes. The CNSA received the video and sounds from the Zhurong rover through its Tianwen-1 satellite that is orbiting Mars, and in the future, we can no doubt expect more of this awesome footage to be relayed back to Earth. 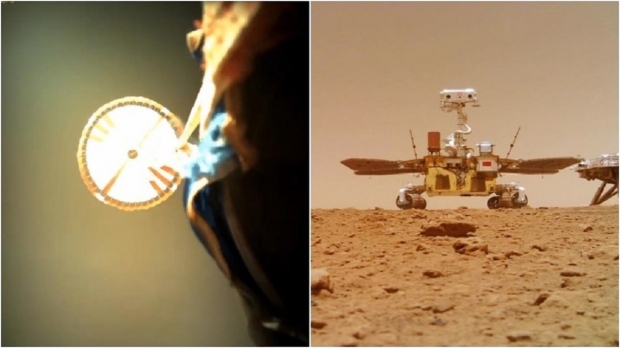