Astronomers believe they have found the largest comet ever, with estimates putting it 1,000 times bigger than a typical comet. 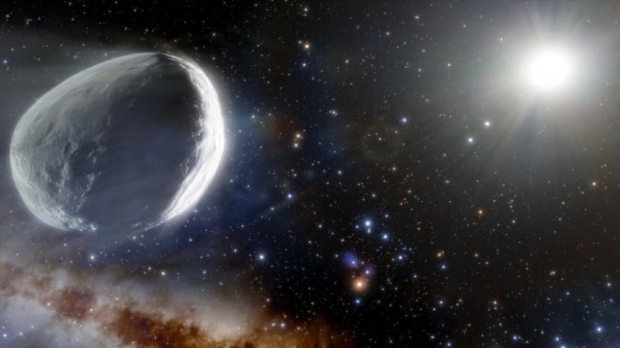 Comets are different from asteroids, as comets have a clear tail that can be seen. Additionally, comets commonly consist of ice, dust, and organic compounds, while asteroids are made of metals and rocky material. Pedro Bernardinelli and Gary Bernstein of the University of Pennsylvania found what is believed to be the largest comet ever discovered, measuring in anywhere between 60 and 120 miles in diameter. It should be noted that the typical diameter for a comet is 6 miles.

Bernstein said, "We have the privilege of having discovered perhaps the largest comet ever seen - or at least larger than any well-studied one - and caught it early enough for people to watch it evolve as it approaches and warms up. It has not visited the Solar System in more than 3 million years." Astronomers were able to spot the comet 20 astronomical units away from Earth due to how much sunlight it was reflecting, a testament to its immense size.

For more information about this comet, check out this link here.