Massive Entertainment built a beautiful graphics engine with its Snowdrop engine, really shown off beautifully in The Division 2 -- but now Snowdrop goes next-gen with the just-introduced Avatar: Frontiers of Pandora. Check it out:

Massive had to overhaul the Snowdrop engine for what was required in Avatar: Frontiers of Pandora, where the team introduced some very Unreal Engine 5 sounding technical tricks into the game. The new hardware inside of the next-gen consoles as well as the hardware available on PC, is now capable of doing what Massive wanted it to do, in order to deliver us Avatar: Frontiers of Pandora.

Technical Art Director on Snowdrop at Ubisoft, Sebastian Lindoff -- who seems to be a vampire in real life -- said that Avatar: Frontiers of Pandora is bigger than anything the studio had some before so they had to do some "major changes" and "big improvements" to the Snowdrop engine.

Technical Director of Programming at Ubisoft, Nikolay Stefanov, explained: "[New consoles allowed] us to have much better object detail up close to you but also when you're flying high up in the air - to have a lovely vista and far-distance rendering, where we can even use the ray tracing to do shadows super far away, you know, three or four kilometers away from you".

Creative Director, Magnus Jansen explained: "It's a first-person game. It's, to me, the most immersive way of playing. So we're really going all-in on that vision of, 'Remember the movie, remember you wanted to go to Pandora.' Now you can go to Pandora and, to do that, we needed to have the best simulation of weather, rain, animals, and the best rendering, because the more technically excellent it is, the more capable it is of taking you from where you are and into the world of Pandora". 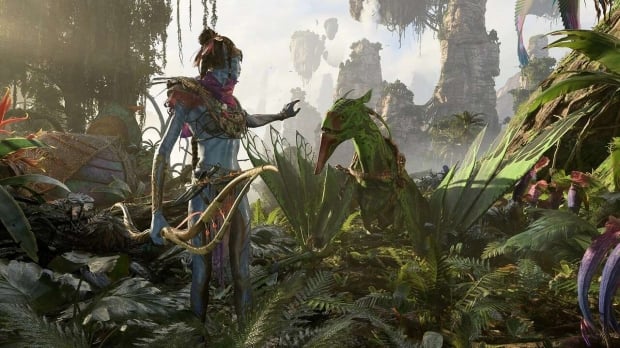 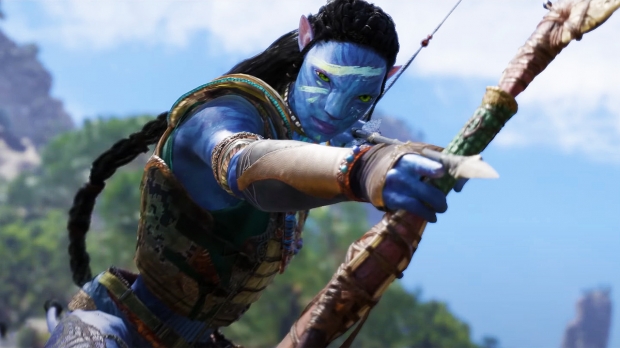 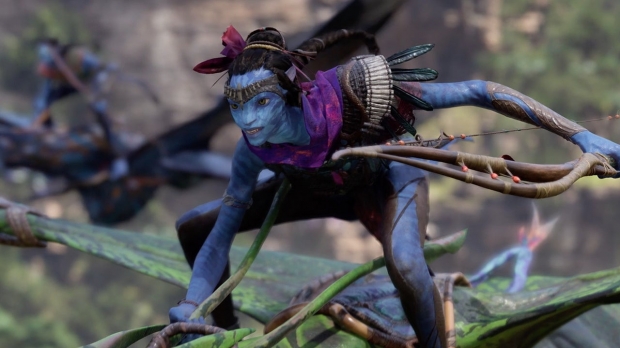 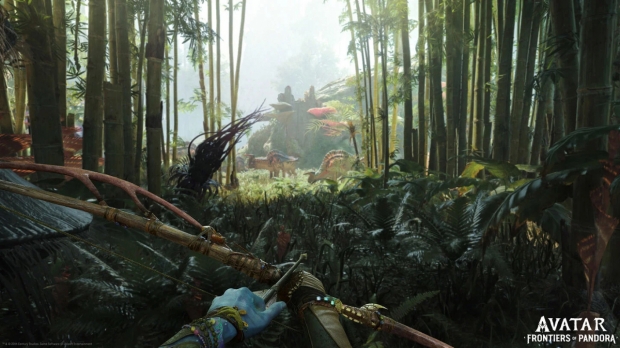 "In terms of a new generation of consoles, the improved [hardware] just gives us so much opportunity to make sure that the game's as immersive as possible. So a couple of examples, we have a completely new lighting system that is based on ray tracing, and I think it is a dramatic step up in quality that makes you feel like it's a real place. One tiny example is that it can actually handle the translucency of the leaves [...] so it can figure out how much of the light is reflected through the leaves, how tinted it is with the colors and everything else. You get lovely reflections and sights for the water, even down to the volumetric clouds up in the sky - they actually receive the correct lighting as well".

Microsoft's foray into the DirectStorage API is helping Ubisoft and the upgraded Snowdrop engine with Avatar: Frontiers of Pandora, with Jansen, adding: "You're flying at enormous high speeds on a Banshee over this very, very detailed landscape. It doesn't matter how much we can render, unless we can stream it in as fast when we're moving very fast from one place to another. So just this shift to these newer hard drives, it can't be underestimated because, and it really has a lot of implications".

Avatar: Frontiers of Pandora will drop on the next-gen Xbox Series X/S and PlayStation 5 consoles, as well as the PC, sometime in 2022.