EA introduces new preview boxes in FIFA that let consumers view the contents before they buy...for a limited time. 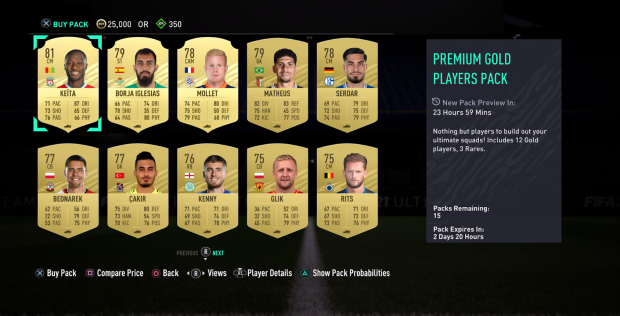 Today EA announced FIFA Preview Packs that allow players to open a pack and view its contents before committing to a purchase. These packs are part of the Festival of FUTball event and can be purchased with FUT Coins, which are earned in-game, and the premium FIFA Points currency.

"These packs will allow you to see all the specific Items contained within them before you need to make a decision on whether you want to buy the pack with FUT Coins or FIFA Points. Preview Packs will be the only pack type available in the FUT Store during this time, at the end of the campaign other pack types will return," EA said in an announcement post. 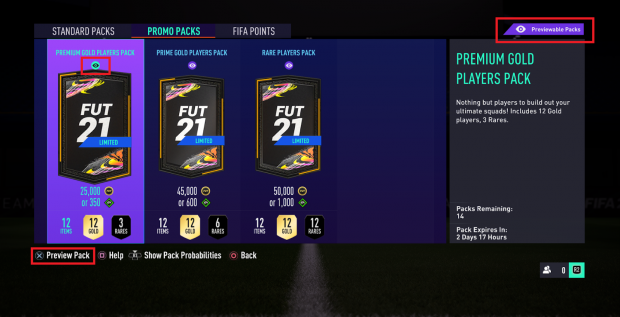 Preview Packs are on a timer. If you preview a pack and decide you don't want it, then you have to wait a set amount of time before you can preview another. Gamers will have two opportunities to review their purchase before committing points.

"For the remainder of the Festival of FUTball campaign, all FUT Packs available for purchase in the FUT Store will be Preview Packs. While the names of the Packs will likely be familiar, they will work differently to the Packs you've experienced before. Preview Packs will allow you to see the specific Items in that Pack, before you decide if you want to buy the Pack."