Everyone wants to know how Geoff Keighley secured one of the hottest new games for Summer Game Fest. The reality is that negotiations between Keighley and FromSoftware began years ago. 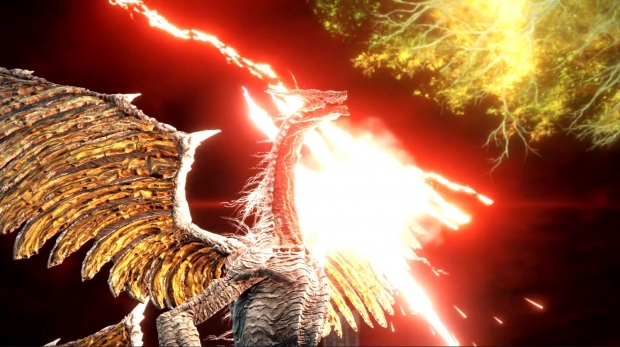 There's been lots of talk about Elden Ring over the past few months. The game was revealed over two years ago at E3 2019, and Bandai Namco's silence led to lots of speculation. There were rumors of Elden Ring being part of tomorrow's Xbox showcase, but Keighley swooped in and secured the deal from Microsoft. No one knows exactly why FromSoftware and Bandai Namco went to Keighley instead of Microsoft, but we do know negotiations and talks had been happening as early as 2018.

"We've been talking about it for a long time with From and I, for years, with doing something with Elden Ring. I mean it stretches back to 2018 or 2019, I think when we first started talking about it?" Geoff Keighley said in a Q&A after stream session during Summer Game Fest.

"It debuted at the Xbox press conference, I was aware of that, and we talked about the sort of things we were going to do after that. It's taken a while to do something great around it, especially with the pandemic that's really delayed things on all games--not just Elden Ring."

"We probably decided a few months ago about the plan. A few days after The Game Awards, I received a call from From and we started talking about the year ahead, about what we were going to do together.

"I told them I was going to do the Summer Game Fest and asked if they were interested in that. It takes time to sort of figure out what's going to happen, but they're so supportive of what I was building with Summer Game Fest."

Keighley says that FromSoftware didn't reveal the release date at first. The devs only confirmed the date a few days before the Summer Game Fest show.

"I was honored to be given the opportunity to share the trailer with you guys, and I heard from them after that they were happy with the response and I hope you guys are happy. Things like the release date...I didn't really know what the release date was until last week I think? So it was a mystery to me even.

"These things are always a lot of negotiations, figuring out what to do, a lot of talking."

That gameplay trailer sure was worth the wait. Elden Ring looks to be one of the defining games of our generation--even if it releases on PS4 and Xbox One too.

Read Also: Elden Ring: Everything we know about the brutal high-fantasy RPG