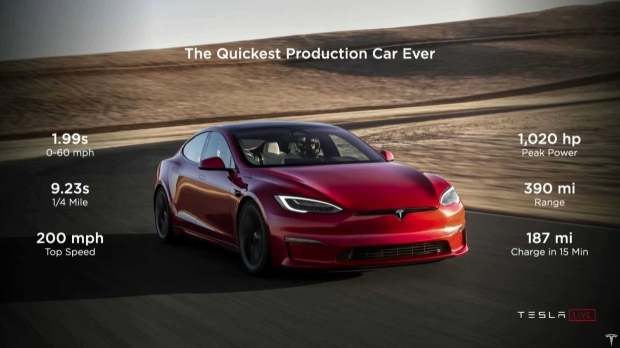 Tesla's new Model S Plaid electric car starts at $122,900 - but for that, you'll get 0-60MPH in 2 seconds... and it'll do that all day long. Musk said that there will be repeatable performance with the new Model S Plaid thanks to its new heat pump and radiator, that's twice as big.

Musk said that "you'll actually be able to do back-to-back-to-60s, go on the track, just hall ass. This car can do it over and over again and it doesn't get winded". Tesla is using a heat pump inside of the new Model S Plaid that pushes 30% more range in cold weather, all the while consuming 50% less energy for heating. Musk adds that we'll see "very little degradation in cold weather" with the new Model S. 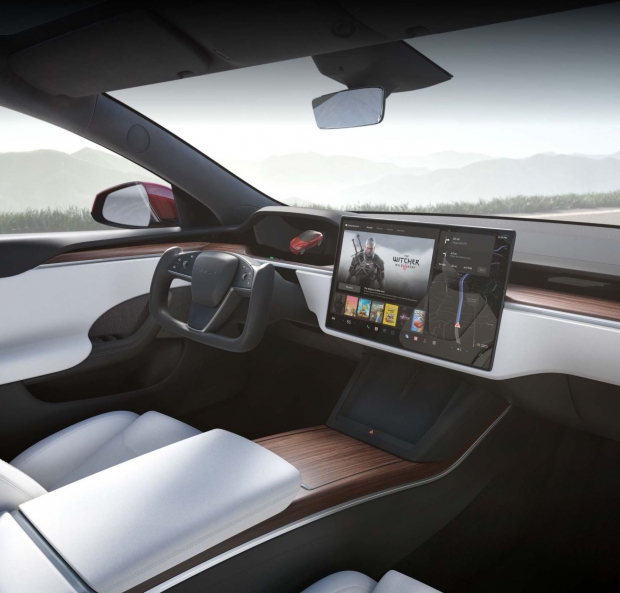 There's a new 1020 peak horsepower tri-motor system inside of the Model S Plaid high-performance EV, which can pump from 0-60MPH in 1.99 seconds... not only that, but it can do a quarter mile in just 9.23 seconds. Tesla claims the new Model S Plaid has a top speed of up to 200MPH, but you'll need custom wheels for that insanity.

We have up to 390 miles of EPA range, and it'll take just 15 minutes to add an additional 187 miles of range courtesy of a faster charging system. 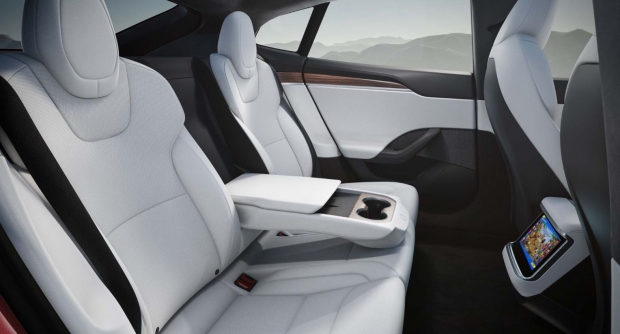 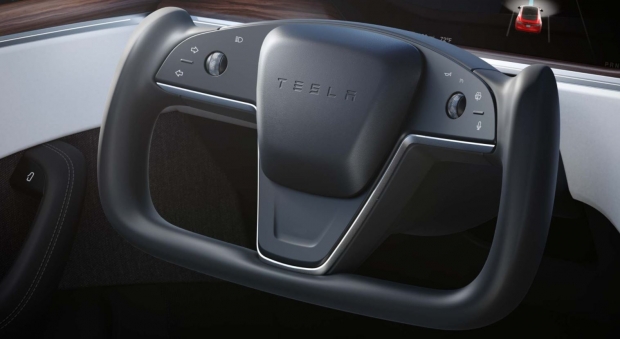 Elon Musk personally delivered the first 25 of the new Model S Plaid EVs to their customers during the event, which is a super nice touch from Tesla and Elon. I'm sure those people would've been mostly the uber-wealthy, connected, and celebrities.

But hey, I'd probably get Musk to sign it and keep it as a collectors item if I was influential enough to have one of the first 25 of the fastest Model S vehicles ever made.