Dell has shipped out batches of its new Alienware m15 R5 gaming laptop, which has a fully gimped GeForce RTX 3070 Laptop GPU inside. 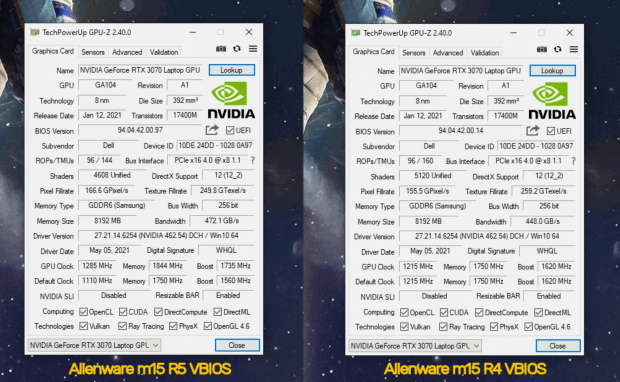 Yeah, the gimped gaming laptop was busted by fellow Aussie in Jarrod's Tech, who noticed that as much as 10% of the CUDA cores of the GeForce RTX 3070 Laptop GPU were disabled inside of Dell's new Alienware m15 R5 gaming laptop.

NVIDIA is pretty liberal with the changes you can make to their GPU for a laptop, where companies can tweak the maximum power (TGP) and other features like Dynamic Boost, Optimus, etc -- but disabling CUDA cores? I don't think I've seen that one before.

A Dell spokesperson told Tom's Hardware: "We have been made aware that an incorrect setting in Alienware's vBIOS is limiting CUDA Cores on RTX 3070 configurations. This is an error that we are working diligently to correct as soon as possible. We're expediting a resolution through validation and expect to have this resolved as early as mid-June. In the interim, we do not recommend using a vBios from another Alienware platform to correct this issue. We apologize for any frustration this has caused".

But don't worry, because Dell's engineering team disabled GPU cores on the GeForce RTX 3070 Laptop GPU on purpose after "careful testing and design choices". How about after making those choices, you make it known to the world so that there's no false advertising... how about that, Dell?

The GeForce RTX 3070 Laptop GPU inside of Dell's new Alienware m15 R5 should you buy it after finding out Dell tried to stiff the world... has 4608 CUDA cores instead of the 5120 CUDA cores that it should have. NVIDIA doesn't even list 4608 CUDA cores as an option with is GA104 GPU, yet Dell went the hell along with it and did it anyway. 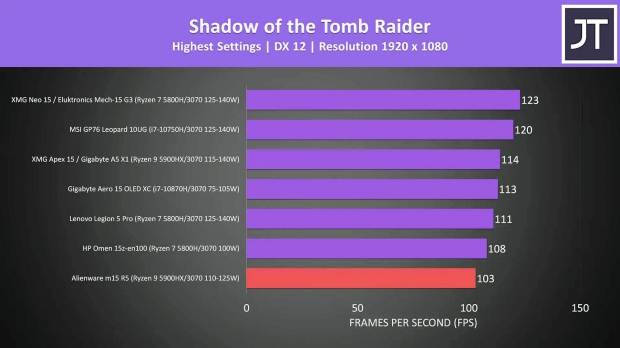 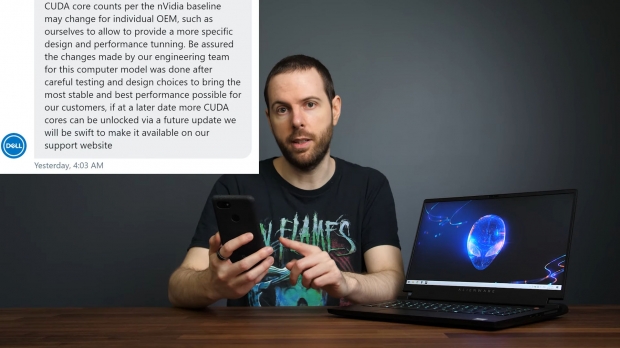