In a surprising move, Dark Horse Comics has opened its own gaming division aimed at licensing key comic IPs for big AAA releases. 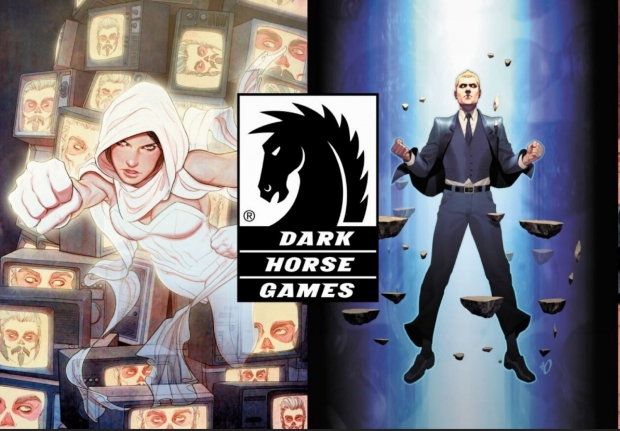 The gaming world could be due for some new Hellboy, Sin City, and even The Mask video games. Comic heavyweight Dark Horse just created Dark Horse Games, a label that will coordinate and partner with key games industry developers and publishers to create games based on specific franchises. The comic-maker's vault of IPs are ripe for video game adaptations with a number of dark-and-gritty franchises.

Lee says the team is currently talking to potential partners but nothing has been announced just yet.

"We have evergreen properties, like Hellboy, where there will always be interest in making games and doing collaborations. We and our partners can really evaluate if a story IP and character universe would be a good fit for games that they're internally designing and developing. I think most triple-A devs that I've talked to prefer their game dev team to build core gameplay and then fit an IP to it, versus shoving an IP down their throats. We're sensitive to that."

Check below for more info on Dark Horse Games:

Our mission is to bring joy and entertainment through Dark Horse Comics' portfolio of over 425 story driven, diverse and unique worlds and characters, by bringing them to games.

Founded in 1986 by Mike Richardson, Dark Horse Comics is an excellent example of how integrity and innovation can help broaden a unique storytelling medium and transform a company with humble beginnings into an industry giant. Today, as one of the world's leading entertainment publishers, Dark Horse Comics is well-positioned to further expand its reach globally with publishing, products, gaming, TV & Film, and location-based entertainment.

We believe key partnerships with top game companies for our popular IPs is the optimal path to create the best gaming experience for players. DHG is in active discussions with the world's top gaming companies to develop games with our IPs to be released over the next several years and across all platforms (mobile, PC, console, and cloud).

DHG's first party games will focus on refreshing older and less established IPs as gaming first IPs. DHG will produce and release multimedia projects in conjunction with our games. DHG is in active discussions with the world's top game co-development studios and content production studios.