AMD is simply unstoppable right now: fighting Intel on one side with CPUs, NVIDIA on the other with GPUs and what seems like everyone in between when you throw Tesla + Microsoft + Sony in with electric cars and infotainment systems and next-gen Xbox Series X/S and PlayStation 5 consoles.

But now, AMD and Magic Leap have partnered up on an "AR technology solution" that includes a semi-custom SoC that will "enable enterprise users to re-imagine and transform how virtual content and information is visualized and merged with real-world environments".

The announcement was on Magic Leap's website and I only spotted it on Sasa Marinkovic's Twitter -- the Director, Gaming Marketing for AMD.

Jack Huynh, Corporate Vice President and General Manager of AMD Semi-Custom Business Unit explained: "We have a shared vision with Magic Leap to shape the future of computing and transform the way enterprises worldwide work and interact with each other and their customers. We started this journey together several years ago to co-innovate on computer vision and build the best semi-custom technology for AR". 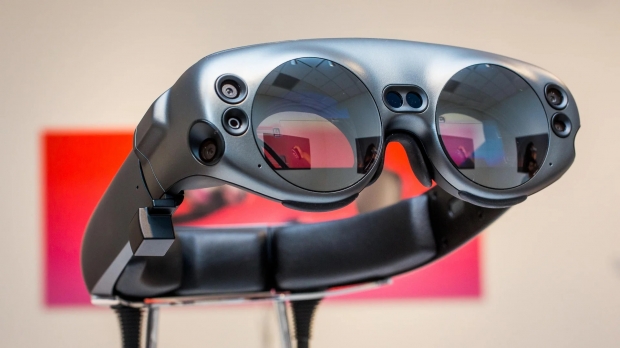