All NewsBusiness, Financial & LegalCases, Cooling & PSUContests & GiveawaysCPU, APU & ChipsetsDealsDisplays & ProjectorsGamingMotherboardsScience, Space & RoboticsStorageVideo CardsVirtual & Augmented Reality
All ReviewsAll ArticlesAudio, Sound & SpeakersCases, Cooling & PSUCPUs, Chipsets & SoCsComputer SystemsDisplays & ProjectorsGamingMotherboardsNetworkingPeripheralsStorageVideo Cards
GuidesGamingAsk the ExpertsNewsletterAboutForums
Chia Coin MiningRTX 3090RTX 3080RTX 3070HDMI 2.1Bitcoin MiningBattlefield 6
Connectivity & Communications
Normally we wouldn't cover something as basic as a voice recorder, especially as it comes built into many MP3 players these days, but Olympus has launched four new models that features a built in USB port. Again, this might not seem like a big deal, but it's taken until now for a voice recorder company to release such a product. 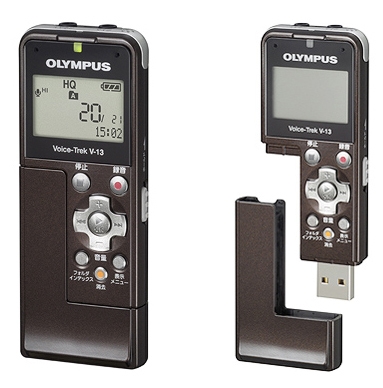 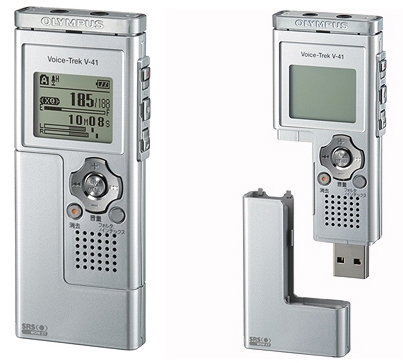 All four models will be available from next month and you can read the press releases here and here. Excuse the pictures used, they're of the Japanese version of the same models, so the model names are different.
Newsletter Subscription