Uncharted 4 is the next PlayStation console exclusive to make the jump to PC. 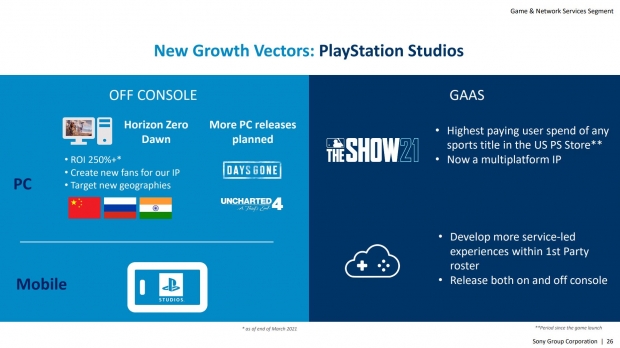 In a recent investors presentation, Sony Interactive Entertainment confirmed that Naughty Dog's Uncharted 4: A Thief's End will be the latest PlayStation game coming to PC. This follows a push to the platform that includes games like Horizon Zero Dawn and Days Gone. More games will follow, Sony says.

There's no word on the next titles coming to PC but it's possible more games could show up on the Epic Games Store at some point. Sony also affirms that PlayStation games arriving on PC has delivered a 250% return on investment, which should incentivize the company to bring many of its old-generation heavy-hitting PlayStation 4 games over to the platform.

PS5 games, however, should stay exclusive to the next-generation console until the system matures. Sony expects the PS5 to hit roughly 48 million units by FY2022 in the system's third year of sale.