A new Resident Evil anime is on its way to Netflix, and now an official release date for the series titled "Resident Evil: Infinite Darkness".

The official trailer for Resident Evil: Infinite Darkness has been released on the Netflix YouTube channel. Netflix states that the show is based on Capcom's classic video game series 'Resident Evil' that's shipped more than 110 million copies worldwide.

As for the series, it's based on the characters Leon S. Kennedy and Claire Redfield, who are characters in the original 1998 Resident Evil game and Resident Evil: Remake. Netflix says that Resident Evil: Infinite Darkness will begin streaming worldwide on July 8, 2021, exclusively on Netflix. If you are interested in reading more about this story, check out this link here.

Six years ago (2000), the helicopter belonging to the U.S. special forces who were intervening in the Penamstan civil war fell from the sky. The U.S. Army Mad Dogs, who were in the same battleground, refused orders from the command center to stand their ground and instead went to save survivors of the crash. However, the special forces were already annihilated. The Mad Dogs, led by their captain Jason, were also forced to escape in order to survive.

However, in that place, Jason and his unit saw the supposedly dead special forces moving in strange ways...

In the present (2006), a hacking incident occurs on a top secret White House file. Four agents, including Leon S. Kennedy and Jason, the "Hero of Penamstan," are invited to the White House to investigate this incident. However, when the lights suddenly go out, they are forced to take down a horde of mysterious zombies alongside the SWAT team. Afterward, the top secret file is found to be related to a biology laboratory in Shanghai, which Leon and the other three agents decide to investigate for clues. As they head to Shanghai in a cutting-edge submarine, a swarm of rat-like Bio Organic Weapons (B.O.W.) suddenly attacks, pushing them into a life-or-death situation. 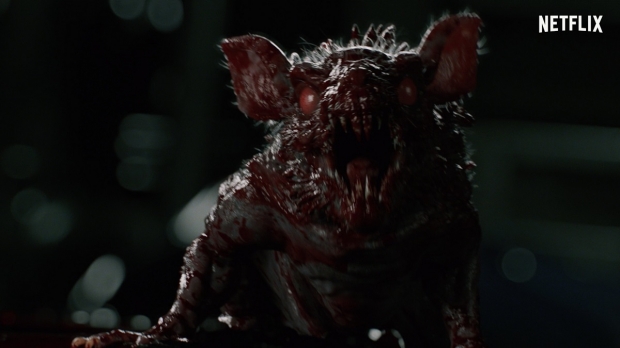