According to reports, on Friday, May 14, China will be attempting to successfully land on Mars with a lander and rover.

Back in July 2020, China launched a spacecraft carrying the Tianwen-1 lander and rover towards Mars. If China can pull this off, it will be the first nation to successfully send a spacecraft into Mars' orbit, drop a lander down, followed by a rover all in the same mission. The orbiting spacecraft is currently preparing for the capsule's release that will carry both the lander and the rover.

Once preparation is complete, it will drop the capsule that will fall through the atmosphere and deploy a parachute to carry it safely to the Red Planet's surface. The lander will fire its thrusters downwards to gently lower itself to the surface. From there, the lander will deploy a ramp for China's rover to exit onto the Martian ground.

The China National Space Administration (CNSA) hasn't officially confirmed if the timing that has been reported on is accurate for the lander and rover to commence its descent, but the CNSA has previously said it will conduct the "most challenging part of the mission" in May. For more information on this story, check out this link here. 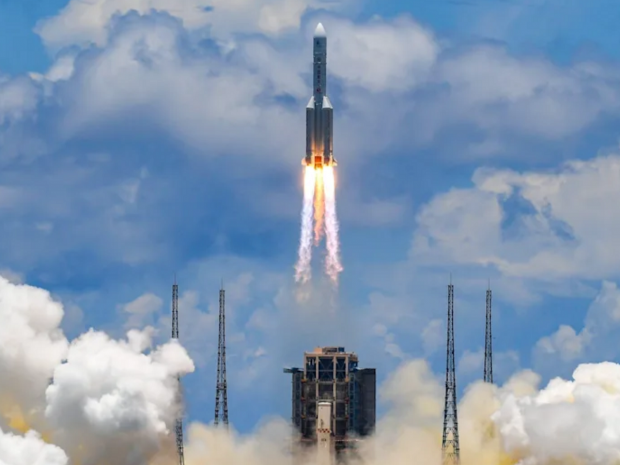