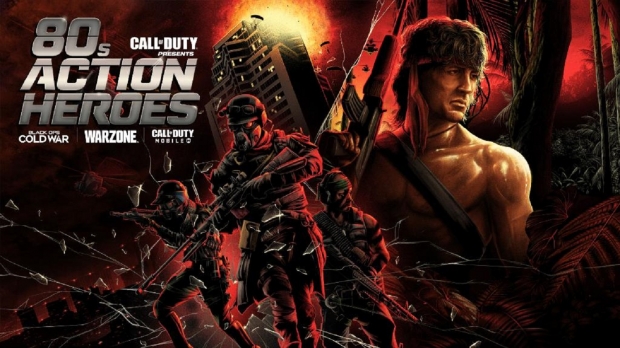 Activision already teased big crossovers from Die Hard and Rambo, but now they've confirmed the classic macho heroes are coming to more games other than Warzone. In a recent Tweet, the company announced guerrilla survivor John Rambo is coming to Warzone, Black Ops Cold War, and Warzone on May 20.

The crossover is complete with a new area set in Die Hard's Nakatomi Plaza. It's also likely that John McClane will show up too (Activision made a fictional website for Nakatomi Duct Cleaning and a fake email account for John M.).

The publisher hasn't announced exact details on pricing or availability on the content, but this should just be the beginning of its new crossover ambitions. Call of Duty is no stranger to crossovers and Activision execs teased the company is "just scratching the surface" in what's possible for Warzone's engagement opportunities.