Back in September 2016, NASA's $800 million OSIRIS-REx mission launched with the space probe arriving at the 1,650-foot-wide asteroid named Bennu in December 2018.

Once the OSIRIS-REx probe arrived at Bennu, it began a close-up study of the asteroid to determine the best possible location to spiral down and collect samples. In October 2020, the probe dove down to collect samples of the asteroid. The probe collected many samples such as dirt and gravel, so much, so the probe's sampling mechanism was unable to close correctly.

On May 10, the probe fired its main thrusters to begin its 1.4 billion-mile journey back to Earth, where its sample capsule will land in the Utah desert in September 2023. The journey from the asteroid to Earth will take probe two years, and throughout its journey, it will be traveling at a velocity of 595 mph. When the capsule is retrieved in 2023, it will be the biggest haul of space samples the US has received since Apollo moon rocks.

Phys.org reports, "The University of Arizona's Dante Lauretta, the principal scientist, estimates the spacecraft holds between a half pound and 1 pound (200 grams and 400 grams) of mostly bite-size chunks. Either way, it easily exceeds the target of at least 2 ounces (60 grams)."

NASA project scientist Jason Dworkin said, "I've been working on getting a sample back from an asteroid since my daughter was in diapers and now she's graduating from high school, so it's been a long journey." 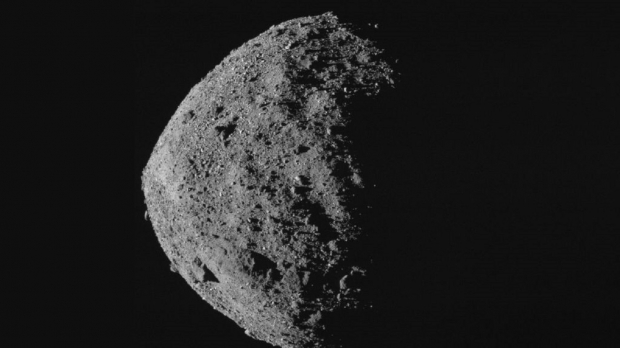