Activision CEO Bobby Kotick is among the highest-paid CEOs in the games industry. That's about to change. 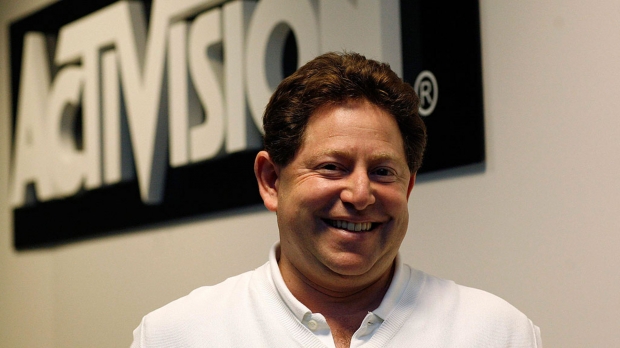 A new 8K Form filed by Activision outlines the big changes coming to its CEO's payout. According to the SEC filing, both company CEO Bobby Kotick and the internal compensation committee have agreed to reduce Kotick's base salary by 50%. Kotick's yearly performance-based annual bonuses will also be cut by 50% , and Activision estimates this could slice as much as $3.25 million from Kotick's bonus.

This is actually the second time Kotick voluntarily reduced his salary; in 2020, a year that Activision achieved record $8.08 billion revenues, he sliced his base pay by 15%.

"The CEO voluntarily agreed to reduce his base salary by 15% in 2020. Under the Extension Amendment, effective January 1, 2021, the Compensation Committee and CEO agreed to reduce his contractually agreed-upon base salary by 50%, to align with targets established at the bottom 25th percentile of the Company's peer group, despite the Company's strong relative performance. The Extension Amendment does not provide for any guaranteed annual base salary increases,"the document reads.

"The Compensation Committee and CEO also agreed to reduce his target annual bonus by 50% (i.e., a potential reduction of $1,750,000 for each of fiscal years 2021 and 2022), to align with the anticipated bottom quartile of the Company's peer group."

The Extension Agreement documents also confirm Kotick will stay on as CEO until at least 2023. The pay reduction/bonus cuts will last until then as well.

Kotick will still be eligible for a hefty annual bonus, though:

"The Extension Amendment provides that the CEO shall be eligible to earn an annual bonus for each of fiscal years 2021 and 2022 of up to a maximum of two hundred percent (200%) of his reduced base salary specified above (the "Annual Bonus")."

The committee says it will determine the exact form of the annual bonus payouts, which should probably be in common stock.

Kotick can also earn a long-term incentive award for 2021 and 2022. This is separate from the annual bonus.

The Extension Agreement has gone into effect and will carry from 2021 - 2023.