People from around the Mar del Plata beach, which is located 250 miles south of Buenos Aires, Argentina, have come to inspect these mysterious white orbs. 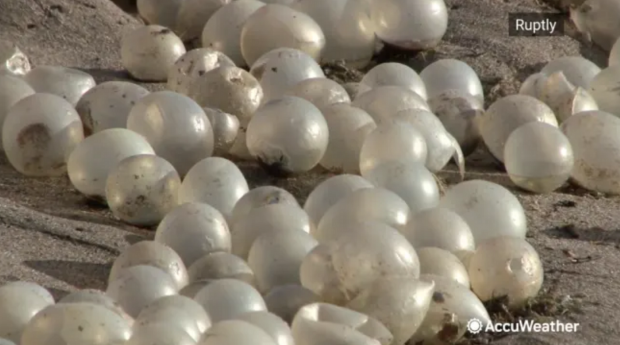 On April 25, thousands of these white orbs were found littered all over the Mar del Plata beach. Onlookers inspected the orbs and weren't able to identify what they were or where they came from. According to marine biologist Alejandro Saubidet, who said, "We normally see these on the coast, but we don't see them at the density that we can see right now".

The white orbs are actually from a carnivorous sea creature known as Adelomelon brasiliana, which is a snail that lives near the coast of southern Brazil, Uruguay, and Argentina. Saubidet said, "In general, they are found in the deep sea; however, certain movements that have to do with the tides or the wind cause these structures to rise and become deposited on the coast." For more information on this story, check out this link here.