CD Projekt will make more money in 2020 than it ever has before thanks to Cyberpunk 2077's sales numbers. 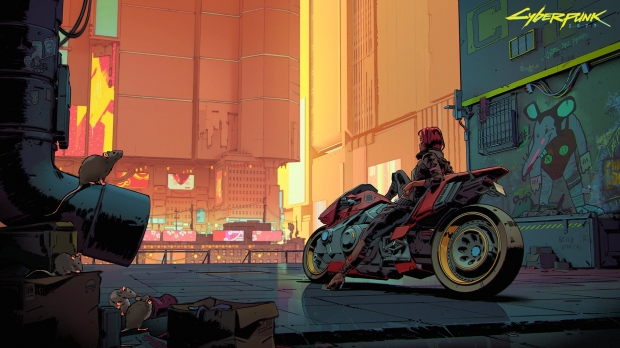 Despite its development woes, CD Projekt's finances are soaring. The company is set to deliver record earnings in FY2020 that eclipse the high watermark set by The Witcher in 2015. CD Projekt Group estimates it will earn a staggering 2.139 billion PLN in revenues and 1.154 billion PLN in net profits, mostly driven by Cyberpunk 2077's incredible 13 million sales.

Q4 2020, which runs from October to December, was the best-performing quarter in history, beating 2015's entire yearly earnings (the same year Witcher 3 released) by a whopping 109%.

I've included a graph and some Witcher 3 vs Cyberpunk 2077 context to illustrate how big of a leap this is for CD Projekt: 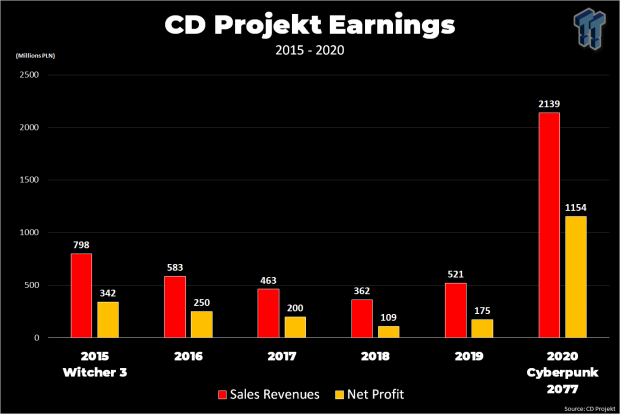 Cyberpunk 2077, on the other hand, was only on the market for less than one month and sold 13 million copies across all platforms. In less than a month, Cyberpunk 2077's massive success helped CDPR hit a new all-time record high of 2.139 billion PLN (roughly $541.9 million as of March 31, 2021 conversions).

CD Projekt's numbers would likely be even higher if Cyberpunk 2077 had stayed on the PlayStation Store. CP2077 was only on the PS4 storefront for less than a month, having been removed for glitches and significant technical issues.

This massive spike is likely to peter out, and the company asserts it must fix Cyberpunk 2077 to rely on evergreen sales of the game. CD Projekt's entire business model emphasizes continued sales of big-budget games (CDPR paid over $100 million to make Cyberpunk 2077 along with other projects) to consistently deliver revenues during the years-long spans in between new game launches.

CD Projekt plans to release other major fixes to Cyberpunk 2077 throughout 2021, alongside a next-gen release aimed at reinvigorating sales.