Yesterday it was Visa announcing payment settlements using cryptocurrency and the newly-formed USD Coin, and today it is PayPal set to announce it is allowing US customers to use cryptocurrencies they hold to pay at 29 million merchants across the world. 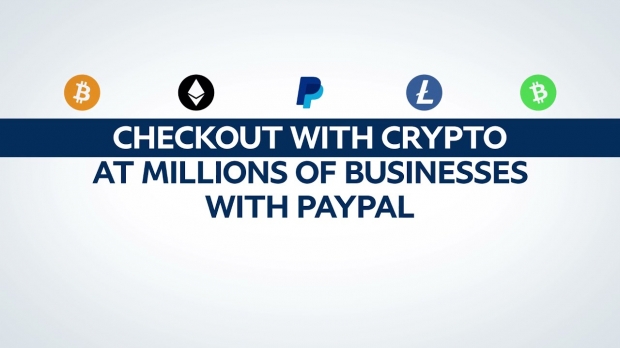 The news is coming directly from Reuters with an exclusive piece titled "PayPal launches crypto checkout service", with the outlet noting that this move could "significantly boost use of digital assets in everyday commerce". If you are based in the US and hold cryptocurrencies like Bitcoin, Ethereum, Bitcoin Cash, or Litecoin in your PayPal digital wallet -- then you'll be able to convert that to fiat currencies at checkout, and then make your purchase like normal.

President and CEO Dan Schulman told Reuters: "This is the first time you can seamlessly use cryptocurrencies in the same way as a credit card or a debit card inside your PayPal wallet".

PayPal revealed the news that it would adopting cryptocurrency in a big way, but now the time is here and we're moving into the world of digital currencies faster and faster with each day that passes. Schulman added: "We think it is a transitional point where cryptocurrencies move from being predominantly an asset class that you buy, hold and or sell to now becoming a legitimate funding source to make transactions in the real-world at millions of merchants".