Dashcam footage can be pretty useful as it can prove your case in the event of a car crash or even capture a meteor streaking across the sky. 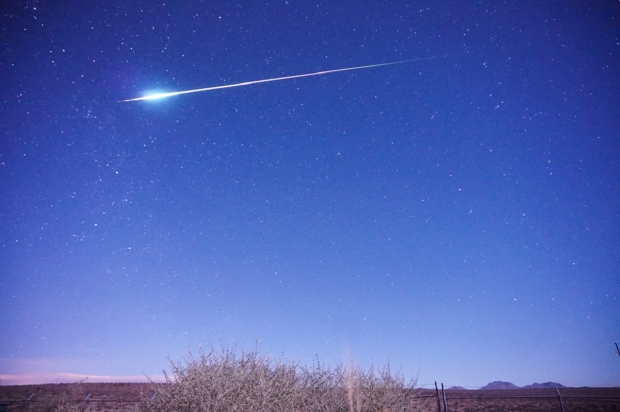 Ian Dryhurst was driving his family in Jersey and was lucky enough to capture the latter. Ian and his wife and two sons noticed a "bright light" appearing in the sky, and then it streaked over the Channel Islands at 2.45 pm this past Saturday. Multiple people spotted the meteor and reported hearing an explosion-like sound. This 'explosion-like sound' is the sound of an object breaking the speed of sound.

Oxford University physicist Simon Proud took to Twitter to share satellite images of the meteor streaking across the UK sky. Additionally, Jeresey's harbourmaster confirmed that the sonic boom came from the meteor, and to back that up, the British Geological survey tweeted there was "no evidence of any seismic event" along with the Ministry of Defense saying the sonic boom wasn't caused by an RAF aircraft. For more information on this story, or if you would like to see the video, check out this link here.