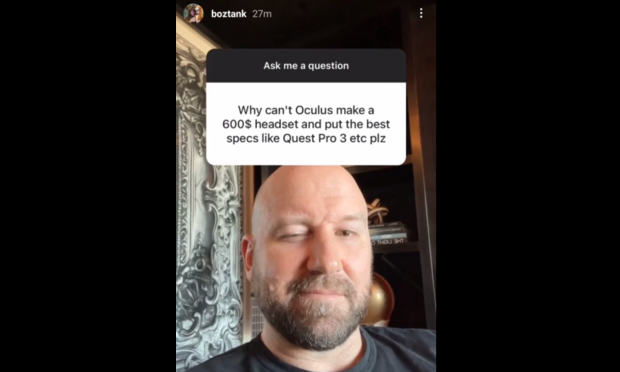 So far, Facebook has steadily improved its product offerings while continually lowering the starting price. The original Rift headset launched for $599 in 2016. It didn't include motion controllers, and it required a heavy-duty gaming computer to operate. These days, you can get into a full 6-DoF VR solution with inside-out tracking and motion controllers for $299-all without requiring a PC to drive it.

Facebook has been driving the entry costs down, which is great for newcomers, but it has not catered to the hardcore VR fan since the original Rift hit the market. Cutting features helps bring the cost down, but it does nothing to satisfy the consumer who wants more. A Quest Pro or Quest Premium would fill that gap and guarantee Facebook a bigger slice of the growing consumer VR market. A premium headset would no doubt be a big hit with the business market as well.

So, what would a premium Quest look like? Well, it would probably include some of the technology that we know Facebook is developing, such as its varifocal lens system. We would also imagine a Quest Pro would go back to the mechanical IPD adjustment allowing for better precision while dialling in your view. A premium headset would also require a better head strap solution than the fabric strap that comes standard on the Quest 2. We'd also love to see eye-tracking cameras to enable dynamic foveated rendering and gaze-based interactions for hands-free operation. High-end speakers like the once found on the Valve Index would also be a welcome addition. 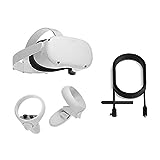