Diablo 2 could be revealed this month at Blizzcon 2021, and released this year alongside Diablo Immortal. 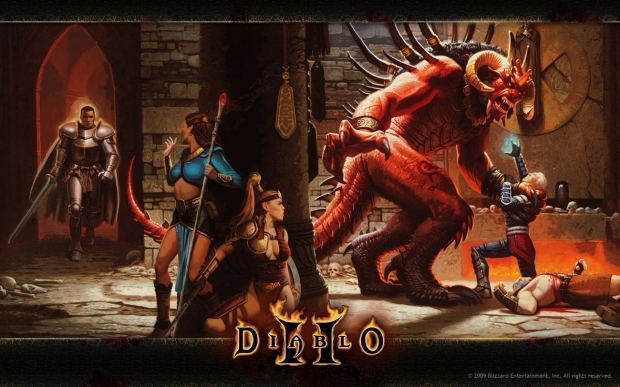 Activision-Blizzard may have teased a Diablo 2 remaster during its recent Q4 earnings report. While the game wasn't outright mentioned, we did get some clues from company executive Dennis Durkin:

"So across our three biggest franchises (Candy Crush, Call of Duty, World of Warcraft), we have great momentum. And then we have a few other things up our sleeve in terms of remastered content that will unveil in due course which should provide further opportunities for us this year."

A Diablo 2 remaster has been in development for a while now. Sources tell Bloomberg that Vicarious Visions has been working the remaster for some time, which reflects the industry rumblings we've heard over the last few years.

The remaster could release alongside the Diablo Immortal free-to-play mobile game in 2021 for a one-two franchise earnings punch. No details have been confirmed, but we expect to see the Diablo 2 remaster formally revealed during Blizzcon 2021 on February 19-20.

Activision-Blizzard CEO Robert Kotick also had this to say about the franchise's future:

"In addition to launching new Diablo content this year, our highly anticipated Diablo IV is on the horizon. As we execute on our Diablo pipeline, we expect the franchise to contribute meaningfully to our reach, engagement and player investment growth in the coming quarters and years ahead."