Technology is beginning to turn reality into science fiction. Valve is working on brain-computer interface (BCI) technology that will be available soon, and Gabe Newell said it would allow you to edit your mood. 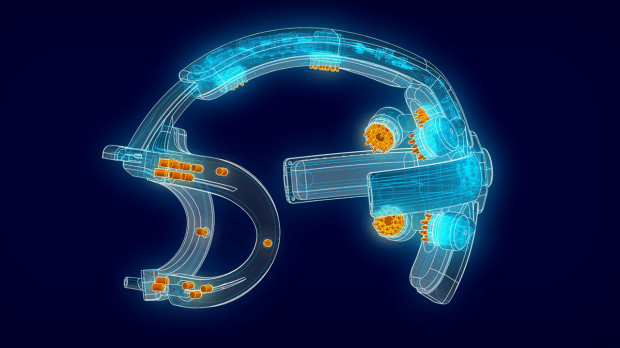 If you thought virtual reality and augmented reality were science fiction technologies, wait until you try a BCI system that allows software to interact directly with your brain. If this sounds like science fiction to you, I've got surprising news for you: this technology exists in research laboratories today, and it's not far away from becoming a consumer product.

Gabe Newell recently sat down with 1 News in New Zealand to discuss his company's work in the BCI space, and what he said may shock you. Newell explained that BCI technology would enable you to alter your personality as you see fit. Software developers will be able to create applications that can change your mood to your liking, such as dialling up your motivation when you're having an off day. Newell expects that one of the earliest applications would be a sleep-improvement tool that ensures you get proper REM sleep and that you sleep for set durations.

Even more surprising is the timeline that Newell expects this technology to roll out. Valve is currently working with this technology in-house, and it won't be long before it becomes a real product. It's not a matter of perfecting the science that's preventing Valve from releasing its BCI technology. It's more a matter of when to halt the innovation to release a product.

"The problem I have is when do you stop and productize one as opposed to keep learning about the technology," said Newell. "The rate in which we're learning stuff is so fast that you don't want to prematurely say let's lock everything down and build a product and go through all the approval processes when six months from now we'd have a product that would enable a bunch of other features."

That said, the first iteration of Valve's open-source BCI solution should be available for developers relatively soon. Newell said that "if you're a software developer in 2022 that doesn't have one of these in your test lab, you're making a silly mistake." That suggests we could see a developer-ready device within the next year.

The first product will be an upgrade head strap for existing VR headsets. We'll no doubt see a full BCI-enabled headset from Valve in the future, but that's probably a few years away.