HTC today announced that it made several improvements to the software that powers the Vive Cosmos headset. The company said the recent updates free up CPU cycles and unlock more performance from your GPU. 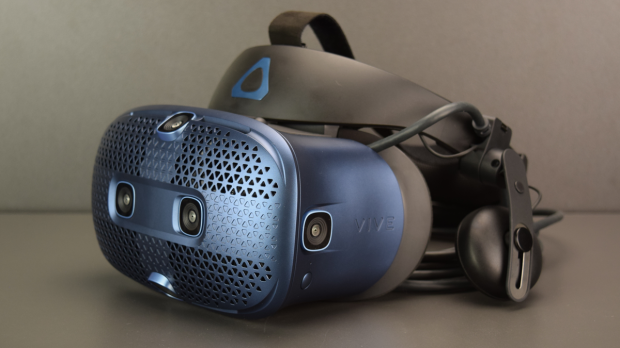 HTC didn't have any new hardware announcements last week at CES, but the company has recently dropped some software updates for the Vive Cosmos headset that should improve your VR experience.

The Vive Cosmos is now compatible with DirectX 12 on NVIDIA GPUs. The change won't impact graphics performance, but HTC said that the shift lowers the CPU load by 15-20%. HTC also made some changes that reduce frame latency by as much as 10%.

HTC also said that it "refactored" the runtime, which results in an additional 10% in graphics performance.

Additionally, HTC made some changes to the Chaperone boundary system, which better integrates the pass-through cameras on the front of the Cosmos headset.