KIOXIA is preparing for the future of storage later, which is when PCIe 5.0 arrives and we can unleash SSD speeds once again. 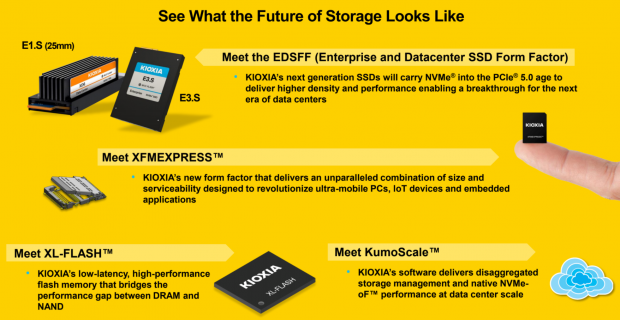 The company teased what the future of storage looks like, with a few new products that start with the EDSFF (Enterprise and Datacenter SSD Form Factor) where KIOXIA teases that its next generation SSDs will "carry NVMe into the PCIe 5.0 age to deliver higher density and performance enabling a breakthrough for the next era of data centers". 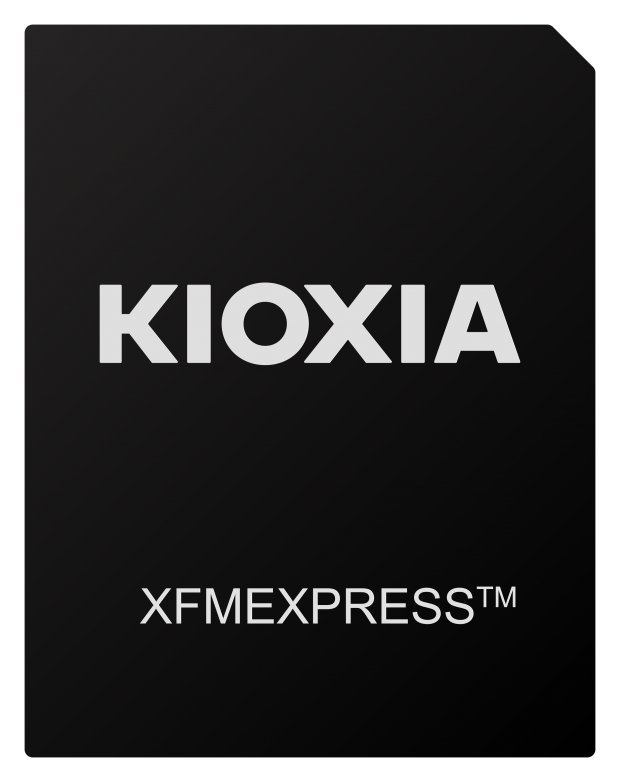 Not only that but there's the new XFMEXPRESS which is KIOXIA's new form factor that the company says will deliver "an unparalleled combination of size and serviceability designed to revolutionize ultra-mobile PCs, IoT devices and embedded applications". 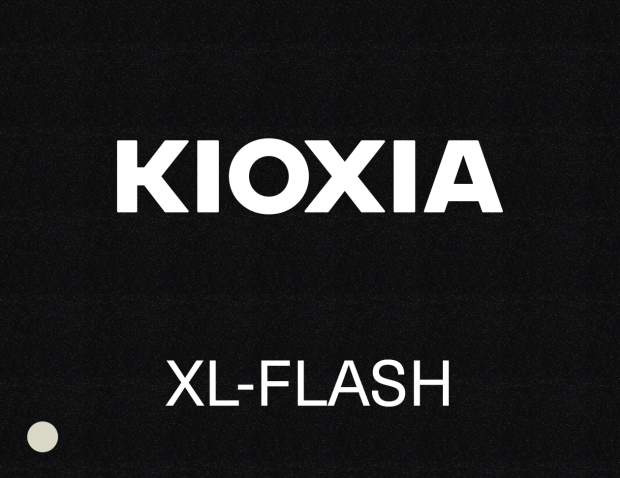 Lastly we have XL-FLASH and KumoScale, with the former being KIOXIA's low-latency, high-performance flash memory that bridges the gap between DRAM and NAND while the latter is KIOXIA's software that the company says delivers "disaggregated storage management and native NVMe-oF performance at data center scale".